Home Spirituality 666: What It Really Means And Is It As Evil As We... 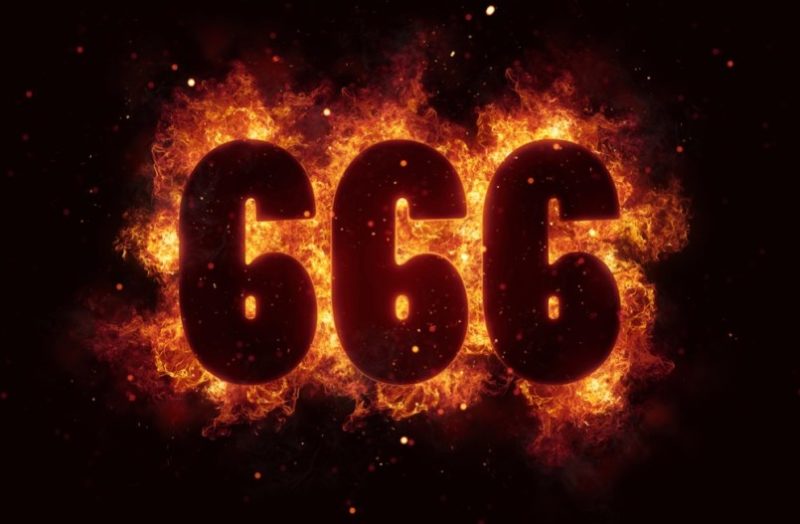 We all know that the number 666 has always been associated with everything unholy, the Devil, the Antichrist and so on. The number is even used in popular culture to denote things of the like as mentioned above.

Now, this is one way to look at the number because this combination of digits holds a lot of meanings and not all can be termed “evil”. Let us dig deeper into the many meanings of the number.

Now, it might strike one as a little absurd, assigning so much meaning to a number. It may so happen that we find an extremely positive association with the number and so on.

Also, something that is pretty pertinent is that Pythagoras, who is generally accepted to be the founder of numerology, has said nothing about this number.

If one goes really deep into this, they will find that in some regards, the digit 6 denoted femininity and everything related to it and there is simple math- as many times the number is repeated, those many times does the female power multiply.

It is basically a goddess number and this is what has made many people think that the evilness that is often associated with the number 666 might have stemmed from the misogyny of some old philosopher’s or writer’ thought process.

Jewish mythology considers this number as the holiest of them all. It took God 6 days to build the world, there are six cardinal directions- south, north, east, west, above and below that rule everything that goes in this world and are the markers of direction for man.

Now let us talk about why it is associated with Evil. Nero, the Roman Emperor who caused immense suffering to early Christians is often considered as the Devil himself and has his name adding up to 666, giving him the title of Antichrist.

It has also been seen how former US President George W Bush’s name also adds up to 666 and he too, has been called the “Antichrist.” It does not only end there, as there is Aleister Crowley, occultist, who calls himself the Beast 666.

The system that is used to convert names into numerical values by historians is known as gematria.

Having said all of that, let us talk about what it means for the normal man and mankind in general. 6, if we go by obscure references, denotes the material and it is no secret that the world today is as materialistic as it can possibly get.

666, which is basically the repetition of a number that has negative associations, therefore brings one closer to the thought of destruction of humanity.

It is a reminder that our moral human values are downgrading everyday as we put all our focus on material things and get more covetous every day, forgetting the point of human existence is way beyond wealth. This ravenousness can get to a point where we find the devil in our own selves.

Are You A Blue Ray? You’ve Heard Of Indigo And Crystal...

Embrace Reiki To Tap Into The Universal Energy