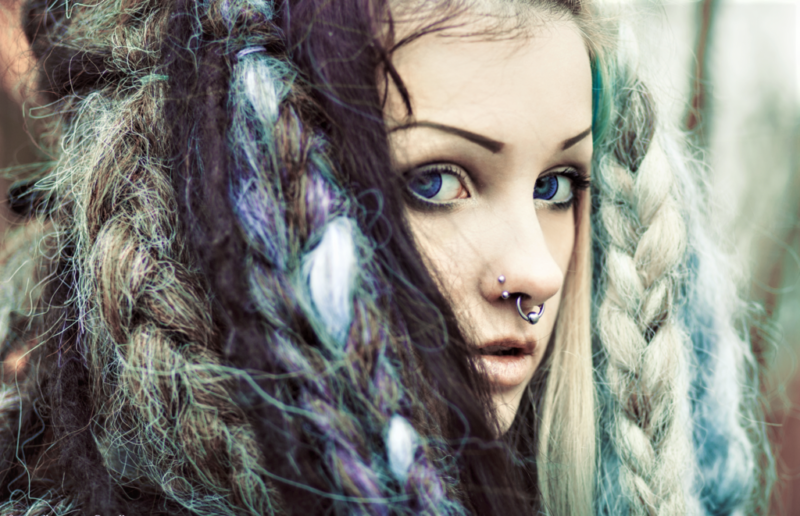 Ever wanted to be Hermione Granger? Ever looked at spells on Harry Potter.net and tried practicing them with a wooden spoon as your wand?

While that maybe fanciful imagination, it is round in the social circles that people might be involved in witchcraft, owing to their above-normal skills in several fields.

There are sites which determine ones connection to the occult, or the supernatural. One might have a green thumb, one could very well have an eidetic memory, while someone else could be an empath. Now, are you any of those? Remember, witch craft was real.

And so were witch hunts. If you don’t want to be burnt at the stake or drowned in the Mississippi river, I would advise you to not proclaim your abilities to the whole wide world, but keep in under wraps.

So, here are the signs that you may be a witch.

According to white witch, people who are uncomfortable in crowds are more suitable to be witches. They are so in tune with the emotions and feelings of those around them, too much of it can put a burden on their constraints and make them insane. Charles Xavier, remember?

All witches are said to have intuition which is nigh on correct. This is needed for survival, and the other magic they perform, which most often depends on the ability to predict or sense outcomes, before they are present before the world.

You don’t have to be a metal head, to like the afterlife. Occult books are mostly available on what happens after death, and witches usually start where existentialists stop. Also, it wouldn’t go amiss to say that most of them are necrophiliacs, and use corpses to perform magic. If movies have shown us something, it is that witches ain’t shit, but *** and tricks.

Witches are said to be attuned to the energy field around the earth. Along with the gravitational energy, they can also feel the kinetic, magnetic and static energy fields all over the globe. But what is most interesting, is their ability to feel humane energy.

Witches love dark magic, because dark magic is always enticing, and exciting. It helps that it is so addictive. People have always considered that dark magic is based on negative emotions and darkness, which fits in right with the witches’ alley.

Witches associate themselves with silver, because it resembles the moon, or the lunar cycle which is again, closely related to the dark arts. Silver can conduit magic better than any other metal, and hence is a prized possession of many witches.

If you have any hobby, that doesn’t match the societal conventions of a normal hobby, congratulations! You are a witch, as you turn out to be different. A knotted branch, a bent spoon, broken glass shards, and you would be enamoured to pick them up.

Storms are your thing. They represent you. The current, the hurried nature, the ferocity of the event, all of them symbolise you. Storms are everything that is not normal, and is usually unexplainable, just like you. As a witch, you can’t be understood, or explained. But storms are full of power, energy and spirit, something you have in spades.

You fantasise about the moon. It is the source of all your power. The lunar cycle is what gives witches their own strength, for the softness of the moon hides the deadly nature of the inner struggle it faces through. Similarly, witches are usually soft, shy, but extremely deadly.

People who are way more in control of their own bodies, and know how the work, is a possible indicator of them being witches. When you are that in tune with your senses, and so much in touch with them, there is nothing your body can’t achieve, if you have the will to control it in the proper way. But what needs to be known is that witches usually amplify their senses, and that is what distinguishes them from gymnasts or Olympians, for they are that much ahead.

It is inevitable, that as a witch, you would love nature. The silence of the forests, the peace, the serenity, and the deep reservoirs of power that comes from nature cannot be underestimated, for that keeps them in touch with their surroundings. How To Figure Out If Your Kundalini Is Awakened

Look For These Symptoms If You Think You Have An...