Home Consciousness Fault Finding: This Is How You Take On Other People’s Karma

Did you know that when you criticize others, you take on a part of their bad karma? So the question is, who, on Earth, would like to carry someone else’s burden, when they already have too much to deal with?

Srila Bhakti Siddhanta Saraswati Thakur discusses the error of bearing a fault-finding mentality and making attempts to see ourselves as reformers of others. Many attempts have been made to help us become free from this pernicious tendency, which easily inflates into the 1st offense against the Holy Name, to vilify or to criticize vaisnavas. The notion that fault-finding is a serious albatross around our necks is found abundantly within the scriptures. Even worldly persons have assessed the dangers of fault-finding. 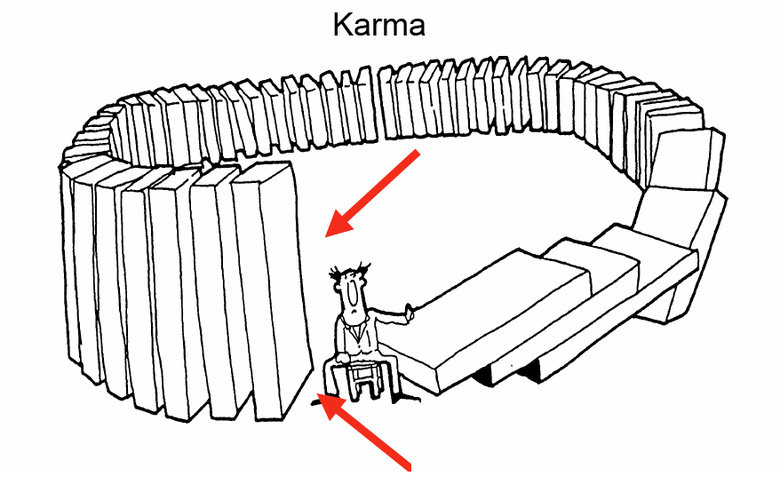 In the words of Aldos Huxley- “No man can concentrate his attention on evil, or even the idea of evil, and remain unaffected. To be more against the demon than for godliness is exceedingly dangerous. Every crusader is apt to go mad. He is haunted by the wickedness that he attributes to his enemies; it becomes sort of a part of him.”

So, next time you go on and criticize a person remember some of these Vedic quotes which explain the nature of fault finding and how it affects our karma.

“The ignorant seek to injure the wise by malice and back-biting; by doing so the critic takes upon himself the load of the wise man’s sins, which he, the wise man, casts off by forgiving the ignorant.” (Vidura to Dhritarastra: Mahabharata, Udyoga-parva 34.74)

“A person being criticized should not criticize in retaliation, for the pain felt upon receiving criticism, if endured, will itself consume the critic and bring in exchange the results of his good deeds.” (Dattatreya to the Saddhyas: Mahabharata, Udyoga parva 36.5)

“One who remains tolerant, not becoming angry, certainly attains the abuser’s pious credits. Indeed his own sins are transferred to that wrathful person.” (Bhisma to Yudhisthira: Mahabharata santi-parva 115.3)

“Whoever indulges in praising or criticizing the qualities and behavior of others will quickly become deviated from his own best interest by his entanglement in illusory dualities.” (Krishna to Uddhava: Srimad Bhagavatam 11.28.2)

“Throughout his life, a brahmana should consider material prestige to be like poison and dishonor to be like nectar. After all, if one learns to tolerate dishonor, then his agitation will subside and he will happily sleep, happily wake, and happily move about. The person who insults him will, because of his sin, become regretful, and his happiness in this and the next life will be vanquished.” (Manu-samhita 2.162-163. Quoted by Srila Bhaktisiddhanta Saraswati Thakur in “Brahmana and Vaisnava”.)

“A person who praises someone in his presence, but criticizes him behind his back, is no better than a dog. His chances for elevation to higher planets are completely spoiled in this world.” (Bhishma to Yudhisthira: Mahabharata, Santi parva 115.11) To Attract Something, First You Have To Feel Like You Already Have It

Healers And Empaths: Protect Yourself From Negative Energies Even In Your...

Fear Is The Biggest Obstacle When It Comes To Manifesting The...

Does Happiness Really Come From Within? This Psychiatrist Says Probably Not

About Presence, Embodiment And Personal Process

Light Beings And Spirit Energy: How You Created The Universe