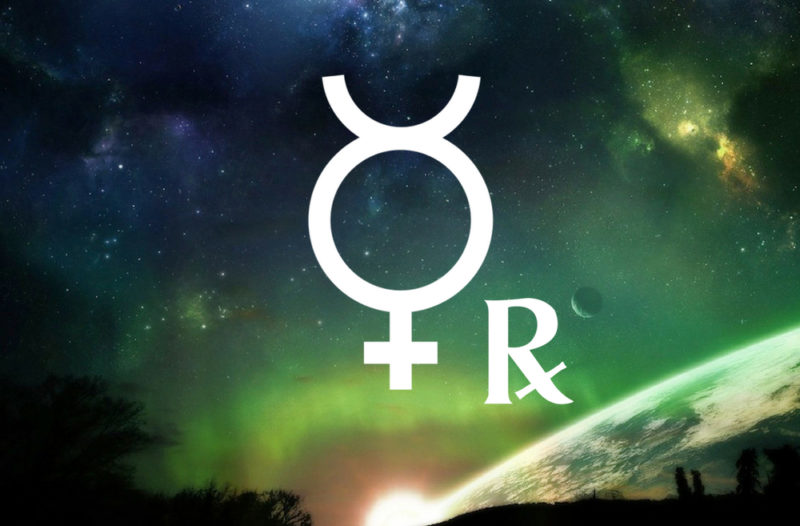 It’s not at all uncommon to feel confused and struggle with staying in reality-based thought while Mercury is backtracking through the Zodiac.

Mercury Retrograde is one of the most feared events by astrology fans and enthusiasts and that’s no coincidence. Astrologers repeatedly inform people around the time of this transit to be extra careful when it comes to communications.

Now, for matters of the heart where good communication is always key, Mercury Retrograde can be a nightmare.

We’re not quite sure of where we stand, of how we feel, of what to do. Intentions change, inspiration ebbs and flows, information morphs, words are regretted – disorientation and psychological stress often ensue as a result.

We may feel mentally paralyzed, unable to make up our mind, or to communicate our ideas to others in an effective way.

The planet ruling communications, Mercury, is one of the most important ones, especially in the age of technology when everything happens that much faster with respect to communications.

If this sounds like you at the present time, then rejoice: the trickster is resuming direct motion on April 15, at 4°46 Aries, lifting the veil of brain fog and intellectual disarray to reveal a glimpse of things as they are – one that will turn into a full view once Mercury is out of the shadow zone, on May 3 (16°54 Aries).

Whatever troubled state of mind we find ourselves in right now, it shall pass. Frustrations and misunderstanding will start to ease up after the direct station, allowing us to regroup and pick up from where we left off.

Still, there’s a caveat: the direct station happens while Mercury in Aries is hit with an unsparing square from none other than the taskmaster, Saturn, currently in Capricorn. Regardless of the fierce Aries New Moon happening afterwards, we are asked to move slowly, to focus without being sidelined, to refrain from charging full steam ahead.

Mercury square Saturn is akin to a dramatic pause driving the point home. It’s a warning sign, a reminder that we know better, an invitation to do better – to take things slow, with wisdom and discernment, until we feel that we truly regained perspective on the issues that were troubling us.

This Retrograde phase has probably altered our perceptions around rage, self-assertion, egocentrism and impulsivity in some way. Saturn wants to make sure we get the memo, and hold ourselves accountable for our own thoughts and decisions, because, ultimately, it’s us who will live with their consequences.

On the plus side, Saturn is capable of debunking and demistifying what is false, and open our eyes to the truth of the matter, in a way that dispels ambiguousness and leaves little in the way of doubt.

Depending on how tightly we have been clinging to illusions, reality might hit us hard – but the direction we need to take will appear clearly in front of us.

The Future Is Upon Us – This is What Americans Will...

Lightworkers And Light Warriors: This Is How To Protect Yourself —...

Love May Be Hiding In Plain Sight