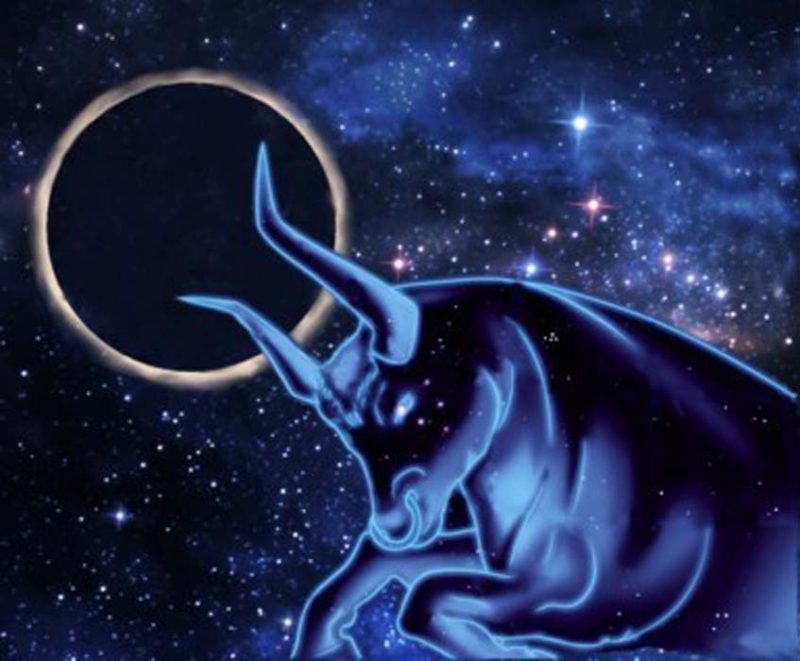 The upcoming New Moon in the house of Taurus is going to take everyone for one hell of a ride. Taking place on the 15th of May, this New Moon will be followed by major changes in the planets’ positions.

Uranus would have moved into Taurus, for the first time since 1940’s. Mars is going to move into Aquarius from Capricorn yet again. The last time it happened, USA declared Donald Trump’s its next President.

Aquarius likes to surprise the world like that. All in all, this New Moon is bound to bring some surprises so hold on tightly and prepare yourself for the most bizarre turn of events. Because no one can tell what is going to turn up next.

The New Moon is bound to bring change, in all its transforming glory and you better be prepared. And this wave of change will not be gently moving into the shore, it will come crashing down.

Taurus usually hates change, but the sign is directly in front for this transformation. The change is going to be universal, powerful and unstoppable. And most of this driving force is not even the Moon herself.

Uranus is responsible for the major portion of energy as is natural with his penchant for shocking the world. And all this is nothing but an elaborate wave off as he prepares to change signs mere hours afterwards.

Uranus is also known for fuelling awakening and awe. The last time Uranus changed signs, back in 2011, it was accompanied by some major turbulence. Take a long hard look at your life and observe the common themes and patterns.

These could be the very areas you will be awakened about very soon. All this talk of change and turbulence might have caused some unease, but know that this shift is one which is highly needed at this moment in time. This could be one of the defining moments that shape our future and we should be here to see it materialize in front of our eyes.

Sure change can be scary and your first instinct might be to wait out the storm with your head stuck inside some warm blankets with old and comforting comics to read, but that is not how this shift is to be perceived. You cannot hibernate through something as big as this and if you do, you’ll be the only one at loss.

The huge shift is also not going to be over in the blink of an eye. Rather, it sets the path for more changes to unfurl in the coming years. Most notably it will kick off a brand new cycle of 7 years and there’s a lot to look forward to in that as well.

As is common with any huge shift, whether economic, social or political, a lot of new opportunities will open doors. But, what is unique is that not of these new possibilities would be in the shape that we are accustomed to expect. As we all know, Uranus’s element is surprise, so prepare to be surprised in every which way possible.

Also to be taken into account is the state of Taurus. The bull who is known for his stability, groundedness and inability to change is going to be spearheading change at this New moon. But that doesn’t mean he will completely abandon all his characteristics.

There is going to be a lot of level headedness and common sense in the changes that are about to come and in the people who are going to witness these changes.

Are You Giving Plenty, But Receiving Little? – Here’s Why

12 Signs That You Are On Your Way To Hyperdimensional Existence