Are there really people with purple eyes? If you’ve followed my website, I wrote an article about Elizabeth Taylor’s Eyes and if they were really purple.

It turns out that they are blue.

So that leads me to ask the question if there are any people with purple eyes out there.

There’s a lot of debate about whether natural purple eyes exist. Some scientists say that they don’t. There are at least 600 people on this entire planet that would disagree with them. That’s the approximate number of people who have natural purple eyes.

Who are some people with purple eyes?

Even though there are a lot of myths about purple eyes, it’s evident that people do indeed have them.

So why do they have them? Is it a disorder with health risks or a beautiful accident?

A COLLECTION OF PEOPLE WITH VIOLET EYES 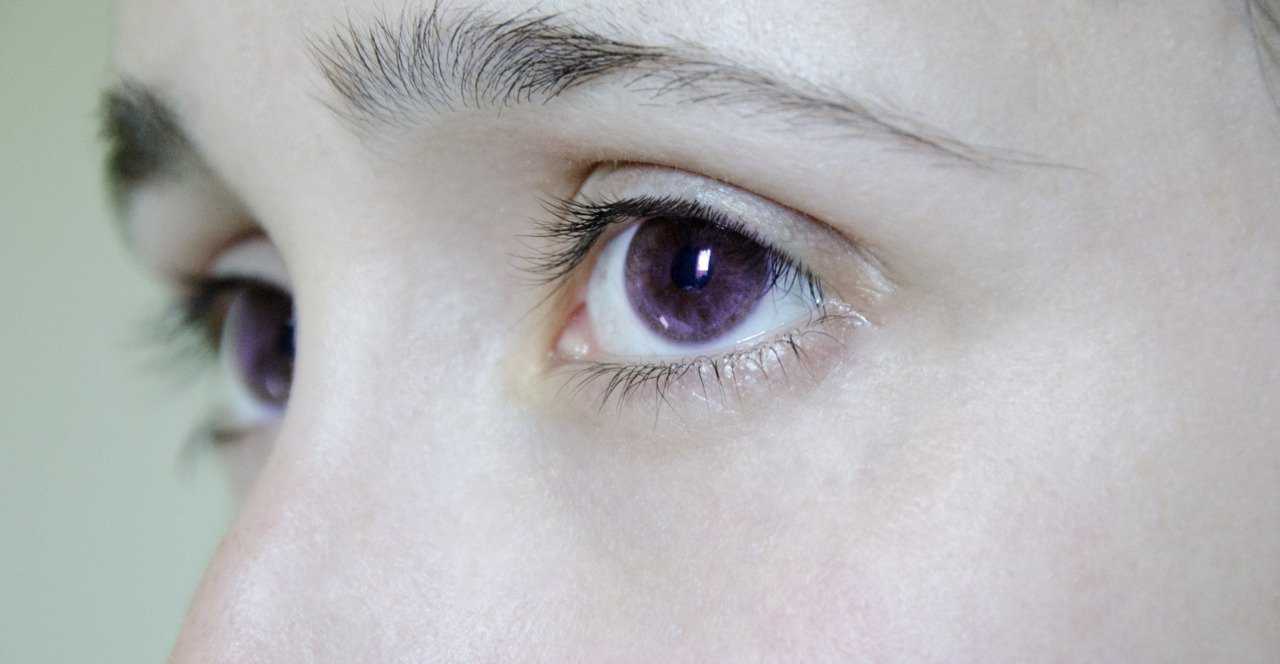 The problem with finding pictures of people with purple eyes is that the pictures are usually doctored and altered.  So I began to search for videos.

While videos can be altered too, it’s a lot harder to do.

So far I found two examples of people with purple eyes.

I know…kind of a sad list.. but purple eye color is so rare that it’s difficult to find people with this eye color. An internet search will bring up countless images of Elizabeth Taylor and no one else.  Whether they are natural or not is up for debate.

Different factors determine your eye color. These include the amount of melanin in the iris, the density of the stroma, which is a thin tissue in the iris, and the lighting conditions. Genetic makeup has a determination in eye color as well, with up to 16 different genes having a say.

Here is the story of Alexandria’s Genesis. The myth started in 1015 Ancient Egypt. The story goes that a supernatural light appeared in the sky giving purple eyes and pale skin to anyone who saw it. Medically, the first recording of purple eyes was in 1329 England.

Alexandria Augustine is the first known human to be born with violet eyes. The child’s mother brought her to a priest (from fear of her being under a spell) who named the condition Alexandria’s Genesis. Alexandria Augustine later had two girls who also had purple eyes. She also lived to be over 100 years old.

The legend says that someone with Alexandria’s Genesis is, essentially, perfect. While it’s described as a disorder, the so-called symptoms seem to be anything but. Usually associated with women (though men are born with purple eyes as well), this disorder causes pale skin that is immune to tanning or sunburn, no body hair growth, high immunity, ideal body shape, and limited excretion of wastes. There’s also an extended life expectancy up 150 years and aging stops around the age of 50, with the process slowing after the age of 25.

These women are supposed to have above average fitness levels, never gain weight no matter how much they eat. They are also said to have perfect vision until death.

Since there is no confirmation that a human has lived up to 150 years in the last several centuries, it’s safe to say that this disorder is a myth. Unfortunately, no human can survive with some of the characteristics of Alexandria’s Genesis.

Finally, a single gene doesn’t control all the areas affected by Alexandria’s Genesis. THE REAL REASON BEHIND PURPLE EYES

One scientific explanation for purple eyes is a condition called albinism. People with this disease have no skin pigmentation giving them a pale appearance and blond hair, no matter what race they are. The lack of pigmentation also affects eye color, making them appear purple or red. However, those with albinism tend to have vision problems including nearsightedness or farsightedness, sensitivity to light, or the inability of keeping both eyes in the same direction, among others. There is a possibility of the lack of body hair in some.

Another explanation is a form of mutation. Actress Elizabeth Taylor is said to have had purple eyes. While there have been questions throughout her career if her purple eyes were natural, colored contacts weren’t invented until the 1980’s, years after her height in Hollywood. From above, she didn’t have purple eyes, but a very distinct shade of blue that would look purple when paired with certain eye shadow and wardrobe colors.

One final belief is that some people with purple eyes may actually have blue eyes that appear purple under certain lights or following an injury due to the mixture of red blood vessels and blue color.

If you have purple eyes and no other medical conditions, consider yourself blessed. You can use makeup to enhance your gift. Use gray eye shadow to bring out the gray undertones. Use charcoal or black eyeliners. You can also use pink tones. If you want to complement your color, use metallic colors, greens or purple eye makeup. Since violet eyes are so beautiful on their own, don’t use too much makeup to take away from them.

If you are not one of the fortunate people with the purple eyes, you can temporarily adopt the look with colored contact lenses.

8 Showing Signs Of A Toxic Friendship You Need To...

Crystals For The Adventurous Explorer

The Meaning Behind Chakra Colors

An Equinox Is Coming! Calculate Your Personal Year Number And...

Interesting thoughts. I have been told my entire life I was lucky to have my eyes. They’re blue but different than normal people. About 10 years ago I went to the Dr for a scratch on my eye and found out that my eyes are considered violet. The optometrist said it looks like “violet flowers” in the microscope thing. I thought it was a joke but was told it’s just very rare.
I have 3 children and all 3 have some type of blue, one has hazel blue. (Also rare)
The traits for AG are pretty interesting. What if they’re just exaggerated? I wonder because I can relate to a lot of it in small measures.
Ex: I don’t grow visible body hair on my arms or legs. Compared to my friends and family I seem fairly hairless.
Also, the menstration thing makes me wonder. Obviously with 3 kids I am fertile. I have my period every 4th Thursday evening and for 2 days. Each time I was pregnant I knew within a a couple days.
Clearly I don’t have that perfect AG thing going on but I’m wondering if it’s not just exaggerated.
Btw my grandma with dark blue eyes died at 101 in 2017. 🤷🏻‍♀️🤷🏻‍♀️
Who knows

I was just reading “My Antonia” – the novel by Willa Cather – and there is a girl character in it who is said to have violet eyes. I stopped reading and did an internet search to see if that was real, and stumbled upon this (great) article. One of the most interesting things in it is its mentioning of how people with violet eyes also don’t get tan skin, even if they sun bathe. That is very explicitly what Willa Cather pointed out about this girl! And she wrote this book in the early 1900’s, I believe, when there was no internet, no temptation to lie. (Which is silly, by the way, because no one knows who you are on the internet anyways! So I guess it’s just for one’s own ego when they lie on the internet. Text book narcissism. … but that’s tangential). Anyways, if people can have reddish-brown eyes, and can have blue eyes, I believe they can have a mixture of both. Red + Blue = purple 🙂 … A *very* beautiful eye color indeed! I think all eyes are beautiful, though. And I love the way they light up based on one’s spirits being stirred (As “made famous” by Gollum in the LOTR films, for example – when he is called Smeagol for the first time in ages and his blue eyes get back lights). Human beings really are amazing.

The Scorpio New Moon Will Shower...

Beyond The Third Dimension