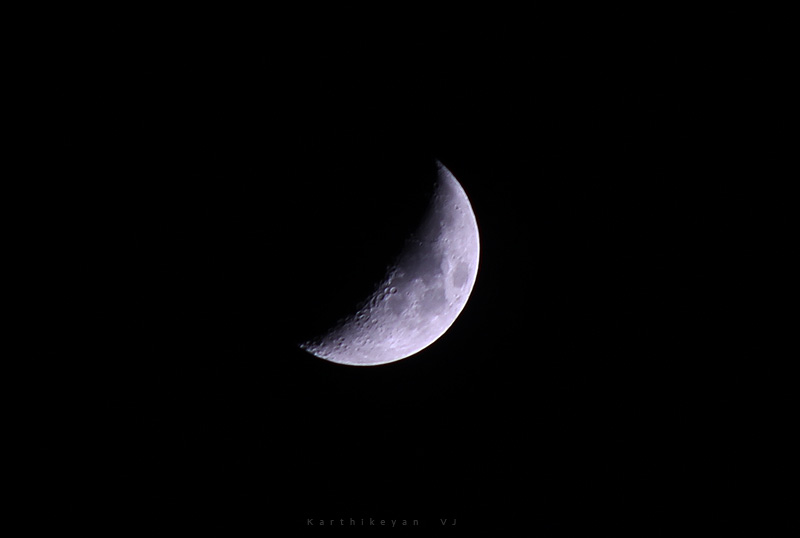 If it isn’t bad enough that you have pay a full month’s rent for a month that is only 28 days long, February is also the only month this year without a full moon. While this might not seem like a big deal, February 2018 dark moon astrology predictions might leave you feeling all dark and twisty if you’re not careful.

A month without a full moon is known as a dark, or black, moon. And, according to the website Time and Date, there are several types of dark moons. A dark moon can be two new moons in the same month, or no new or full moon in February.

“About once every 20 years, there is no new moon in February,” Time and Date explained. “This can only happen in February, as this is the only month which is shorter than a lunar month (lunation). When this occurs, both January and March have two new moons, instead of just one, which is the norm.” What we’re experiencing in February 2018 is the second kind of dark moon. “About once every 20 years, February does not have a full moon. Instead, there are two full moons in January and March.”

If you’re wondering what the dark moon means from an astrological point of view, the blog Maga Astrology noted that’s what’s known as the Black Moon Lilith enters Sagittarius on Valentine’s Day. “Black Moon Lilith in the sign of Sagittarius brings out our adventurous side with a dose of sexual appetite for the out-of-reach, free-spirited temptations.”

While the dark moon is an opportunity to initiate change in your life, positive change will only come for those who are willing to put in hard work. “There is a truth that is awaiting its climax into existence, but first the illusions of untruths must be seen, tasted and met,” Maga Astrology explained. “Deceptions of the flesh and of the mind, must be first experienced and recognized. Deceit and dogmas; unearthed and eradicated. False teachers and prophets exposed and juried! For then, and only then does Black Moon Lilith in Sagittarius deliver the oneness of truth from within.”

“Black Moon Lilith’s retribution is a powerful force of darkness that can cause the most serene beings to become blinded with hatred and revenge,” Maga Astrology noted, adding that you should be extra careful not to engage in destructive activity that could have far-reaching consequences.

Instead, channel your rage into fighting for positive change because, the dark moon is on your side if you seek out its proverbial light. “There might be a showdown between ‘acceptable’ versus ‘unacceptable’ forms of female expression,” Ruby Slipper Astrology noted on its website. This means that it’s important to stand strong and confident in your beliefs so you don’t fall prey to the dark moon’s twisty energy.

“Moon opposite Black Moon Lilith can be very insecure — a bottomless pit of craving. The dark shadow of not belonging/being judged is fully illuminated, and overwhelming neediness could manifest,” Ruby Slipper Astrology explained. “Some people may regress, while others attempt to smother and dominate.” Basically, the dark moon can be polarizing, and which end of the spectrum you end up on depends on how you approach it. Because everyone has free will, whether you choose to harness Lilith’s positive or negative energy is really up to you.

“The dark moon describes our relationship to the absolute, to sacrifice as such, and shows how we let go. In transit, the dark moon indicates some form of castration or frustration, frequently in the areas of desire, a powerlessness of the psyche, or a general inhibition,” Astrologer Joëlle de Gravelaine is quoted as saying on Astro.com, which explained that a black moon usually takes places opposite a supermoon. “On the other hand, it shows where we question ourselves, our lives, our jobs, and our beliefs. I feel this is important, since it gives us the opportunity to ‘let go’ of something.”

If you welcomed in the gifts of the recent super blue blood moon, then continuing on a positive course should come naturally. However, if you’re still carrying the existential weight of the world from 2017 on your shoulders, you could be more likely to drift to the dark side of Lilith. “When we’re able to tap into her positive influence we can feel self-empowered,” Crystal B. Astrology noted on her website. “But if we don’t find a way to fight her negative influence, we can easily succumb to feeling of intense anxiety, anger, passion, and manipulation.”

While the black moon travels through the zodiac, it’s essence is also present in each sign based on your birth chart, and you can use an online calculator to see where Black Moon Lilith lives in your sign. What you manifest during the black moon is entirely up to you. Use your power wisely.

Powerful Taurus Season With 4 Retrogrades Set To Help You Reflect...

Triple Retrograde Is Under Way And This Is What Your Zodiac...