Home Consciousness What Can Cats Teach Us About Buddhism?
ConsciousnessLifestyleSpirituality

Cats, like people, can be mercurial and unpredictable. Each cat is unique. I didn’t know any cats well growing up, but developed an appreciation for them in my late 20’s. While no cat is going to act the same way all day or all week, I have noticed a few interesting and recurring cat traits which are excellent examples of Buddhist principles. Here are just three.

The joy of non-doing is that nothing else needs to happen for this moment to be complete.

BUDDHIST MEDITATION TEACHER AND AUTHOR JON KABAT ZINN, IN WHEREVER YOU GO, THERE YOU ARE

If you’ve ever seen a cat truly relaxing, you have witnessed an excellent example of non-doing. Cats are able to let go and enjoy a swath of carpet, couch, and/or sunshine with a casual abandon that is sometimes hard for humans to attain. Many times have I wanted to feel the restfulness of a relaxing cat. I take their arrival in my lap for a nap as permission to take it easy for a while. 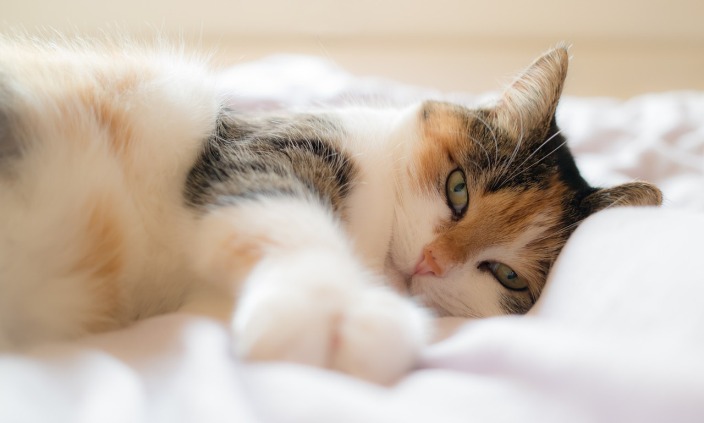 it was morning, and lo, now it is evening, and nothing memorable is accomplished.

To let doing less be enough can be counter cultural during times of overflowing media and consistent pressure to compete and produce. The paradox of non-doing is that it can actually involve doing things very efficiently; by using only the required effort and energy, and no more, actions can be performed with a smoothness and fluidity that is artful and purposeful.

You do not have to teach cats self-love; cats love themselves immediately and fully. Like human children, when they are kittens, they love what is fun and what feels good and pursue it with relentless gusto. This attribute, for many cats, lasts their whole lives. They lick and groom themselves, they stretch luxuriantly, and they express their needs to others, often quite openly. 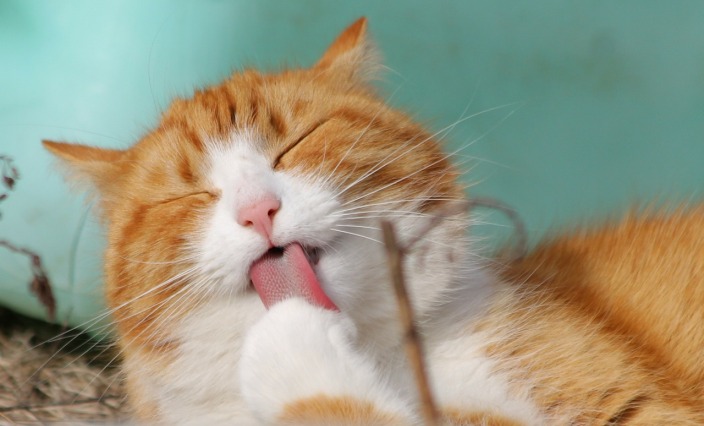 They are not known for giving out false affection. The demeanor a cat takes when asking or demanding to be given attention and affection (but often only in the very specific way he prefers) is an excellent model of knowing and asking for what you want. When cats are with someone they trust, they are excellent role models in receiving affection unapologetically. Fulfilling your own needs is a basic principle of self-love.

There may be times, such as when a cat is demanding a treat with a loud meow or pushing another cat out of the way for food, that this self-love also comes with a degree of self-entitlement and selfishness, or what a Buddhist might consider being tied up by ego or grasping. But we can learn from this too, and reflect on when, in our own lives, we are perhaps very much like a cat meowing for a treat.

I think most people who have enjoyed a loving friendship with a cat will agree that they are not wholly selfish animals; many are known to nuzzle, follow, lay on, play with, and befriend humans quite kindly. I was lucky enough to live with one cat named Monster who was one of the gentlest and most peaceful souls I have encountered.

::Living Freely in the Moment

To be yourself – always yourself – without sticking to the old self. When you say “Hai! [Yes!]” you forget all about yourself and are refreshed into some new self. And before new self becomes old self, you should say another “[Yes!]” or you should walk to the kitchen.
ZEN MASTER SHUNRYU SUZUKI

Suzuki describes the ungraspable flow of life from moment to moment, and advises that we exclaim “Yes!” as we, ourselves, flow along. A cat can change very quickly from resting to playing if a feathered toy whizzes by her ears. A cat says yes and follows the toy, even though it had not planned to do so a few minutes ago. Cats respond in the moment in the way that feels right to their current selves; if a cardboard box appears, they may explore, sleep in, or attack it, depending on their fancy. 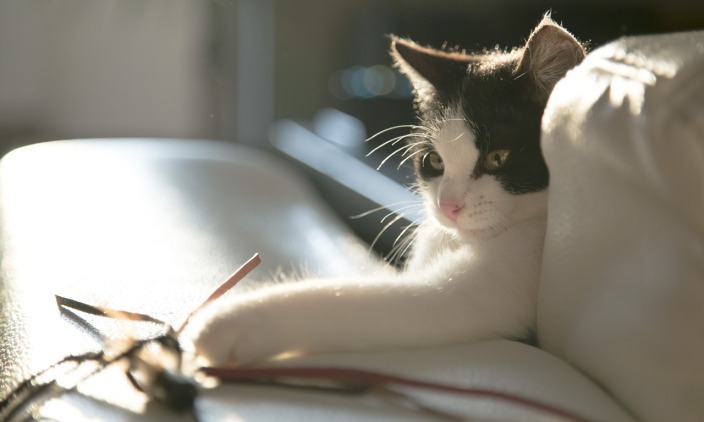 The other two traits mentioned above: a cat’s ability to practice non-doing and to be self-loving, are further evidence of this third trait, living in the moment. Letting go into non-doing and self acceptance go a long way towards living freely and being present. Though the cats that live with us have become largely domesticated, they retain the grounding presence in their bodies (wherein they can experience the moment directly) that is a trait of species who remain connected to nature.

When you see a Sandpiper at the beach skipping along the sand with its backward knees, or a lion resting in the grass with his family on a nature program, you can see how well they inhabit their own bodies and the moment in which they live. Cats, though acclimated to human culture, still possess an ability to be natural that we can learn from. They say yes to where they are by living in their own bodies and responding intuitively to their surroundings.

Wendell Berry wrote in The Peace of Wild Things,

I come into the peace of wild things who do not tax their lives with forethought of grief.

Abiding in the present, letting go of ourselves, loving ourselves, non-doing – it’s a tall order to carry out. Of course, cats, like people, can be quirky, aggressive, and confusing, and do not always embody the tenets of Buddhism. The point is, simply, that cats are themselves. They live their lives at home in their bodies.

Many humans have become somewhat distanced from their own bodies, the present moment, and the natural universe, and struggle to regain a greater sense of letting go, belonging, and integration. To nap, self-nurture, and play like cats might be a good start.

The 9 Personality Types Which Are Changing The World. Are You One Of Them?

What 5 Great Spiritual Leaders Have To Say About The...

Saturn Goes Direct: Each Zodiac Sign Will Feel This Intense...

6 Qualities That Make You A Better Person

Twin Flames And Their 7 Biggest Temptations

Connecting With Your Soul Mate In Your Dreams Even Before...

Have You Noticed Anyone With A Red String Tattoo? The...

When It’s Time To Give Up On Your Twin Flame...

Expect An Emotion-Infused Full Blue Moon On May 18th: Focus...

Your Guardian Angels And The Law...

9 Ways Falling In Love With...

Many Who Suffer From High Functioning...