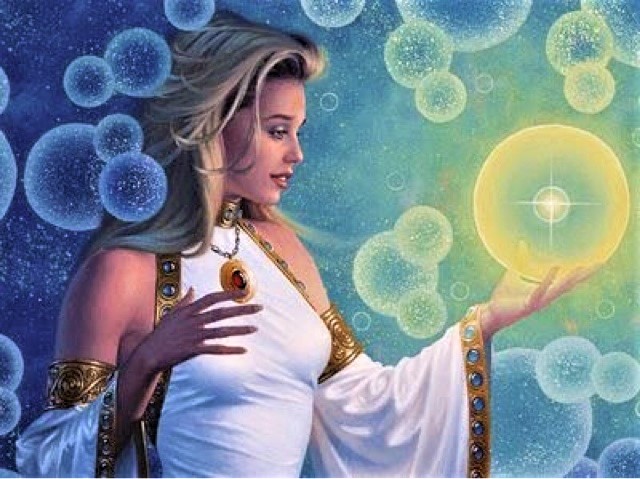 Planet Earth houses an estimated 8.7 million different species, with approximately 6.5 million living on land and 2.7 million in the oceans.

We have an abundance of different animals and fish living all over this big blue sphere, and when you really stop and think about the vastness of this planet, it’s pretty amazing.

Keep in mind, this is only one planet; a tiny spec within this giant thing we call the multiverse. We know that 8.7 million different species live on our planet alone, so how many actually live out there?

It’s a puzzling question, and sobering, too. Even if just one more planet in the universe held the same diversity of life, that would represent a further 8.7 million species to discover. And if one more planet has life, it’s reasonable to assume others would as well.

To boggle your mind even further, let’s review just how small we are in comparison to the universe: For every grain of sand on every beach on Earth there are 10,000 stars, and the Milky Way includes billions of Earth-like, potentially habitable planets. The Milky Way itself is only one of billions of galaxies, and we may be living in an infinitely-increasing number of universes, otherwise known as the multiverse.

Keeping the infinite and incomprehensible size of the multiverse in mind, let’s focus our gaze within for a moment. We are all souls living in these human bodies, and we came here to gain experience and knowledge. Your soul has chosen to incarnate or reincarnate into your human existence right now, but what was it doing beforehand?

Were you living on Earth? Perhaps you’ve lived hundreds of lives, continuously reincarnating again and again onto this planet. Or were you a different species, one that we’d consider extraterrestrial? Or maybe, could this be your first time ever incarnating onto Earth?

Many of us feel there’s more that meets the eye when considering those 8.7 million species living on Earth. What if, within these shells, many of our souls are actually all from different species ourselves?

If you’ve always sort of felt like you’re not really “human,” that you don’t necessarily fit in with the rest of the crowd, then welcome. Take a seat, and know that you’re not alone. Many people who feel this way refer to themselves as Starseeds; they’re simply souls that are not native to planet Earth.

Are You a Starseed?

So, you now know what the concept “Starseed” means: a soul that is not originally from planet Earth. The real question here is, what exactly does that mean to you? Does this concept resonate with you, do you feel like Earth truly is your original home, or do you feel like it’s just some made-up term to justify not fitting in? I encourage you to read the rest of this article, and ask yourself those questions as you read it.

A lot of the time, if a topic doesn’t resonate with you, then it’s probably not for you. But, if you find yourself reading this article and you’re attracted to the word “Starseed” and are curious to learn more, then perhaps you were meant to read this information.

The term “Starseed” in and of itself is really beautiful when you think about it. It basically represents someone who’s simply come from a different star, planet, solar system, etc. that’s then been planted here as a seed to help us collectively grow and bring awareness and positive change to humanity.

It is said that many Starseed children were born in the 1980s, and even more so in the early 1990s. Many people who feel that they’re Starseeds also feel like they don’t fit in with society. Some other common traits that people feel coincide with being a Starseed include:

At the end of the day, all of this research into our souls and reflection on who we could be outside of this human experience are the manifestation of a deeper desire to understand who we truly are. Although information like this could be helpful to some in opening up their minds to the vast possibilities that their true self could represent, ultimately the only way to discover who you truly are, beyond your personality and human identity, is to go within.

It is said that Starseeds have come to planet Earth in the masses in order to help shift humanity toward a higher level of consciousness. It can be difficult to truly recognize this positive shift given all of the turmoil overseas and even in our own backyard, but it’s important that we have faith and know that this shift is taking place.

So many issues are surfacing, challenging humanity to deal with them head on so we can learn from our weaknesses and come out even stronger. From electing Trump to exposing corrupt corporations like Monsanto and Big Pharma to the mass propaganda campaigns regarding Syria and even Russia, there is so much light being shed on the all of the turmoil that’s occurring within the depths of humanity.

More and more people are increasing their awareness and becoming passionate about topics that truly matter, all of which is helping to bring about this massive shift in consciousness. Even the climate is changing, with the result that more and more people are starting to understand and address human impact on the environment. These issues may seem disheartening at first, but they’re helping to bring about a lot of positive change within society, change that’s been needed for a long time.

Whether you feel like you’re a Starseed or not, we can all be a part of this change and inspire others together. After all, sometimes when we feel like we don’t fit in or belong in this world, it’s simply because we’re meant to help create a new one.

Joe Rogan: Do What You Love, Because Society Is A Trap...

The 5 Zodiac Signs That Have The Strongest Intuition

Spirituality And Profits: This Is How To Recognize If Your Reiki...

32 Ways to Spread Kindness and Raise Your Vibration