Home Consciousness You Have A 6th Sense, But It’s Something You Pay Your Hairdresser... 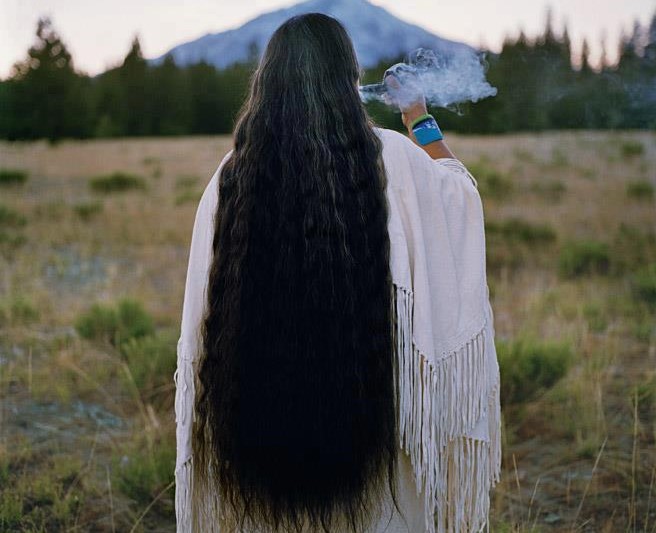 One report speaks of Choctaw and Navajo Native Americans who were sought to move stealthily through rough and dangerous terrain in conflict zones.

The enlisted recruits, who were well documented as having “outstanding, almost supernatural tracking abilities” were said to not perform as expected in the field, and when questioned about the failures in performance, “the older recruits replied consistently that when they received their required military haircuts, they could no longer ‘sense’ the enemy. They could no longer access a ‘sixth sense’, their ‘intuition’ no longer was reliable, they could not ‘read’ subtle signs as well or access subtle extrasensory information,”

The report claims that government testing institutes compared the behaviors and tracking performances of Native American trackers with and without long hair, they found that the long-haired subjects outperformed those whose hair had been cut in military fashion. The suggested theory was that the long hair might have behaved as an extension of the nervous system, as, not unlike the way cat whiskers transmit information to the cat on the prowl as it approaches prey, the long hair acted like a sixth sense.

The hair on our body is the extension of the self. It is made out of keratin proteins and it is considered mostly as dead cells. However, it’s more how hair is connected to us than what it is made of. Hair is connected to tactile receptors in the skin that tell us that it’s cold or hot out, let us feel the slightest breeze, or the annoying bug that is about to bite us, serving as a protective warning device.

There is the fact that hair reacts when we experience intense emotions. When our hairs stand up on the back of our necks when we’re in danger or feel threatened (known as goose bumps, or horripilation), is that a reflex of something we detect with our other senses, an unconscious perception affecting the hair? Or is it our hair affecting us, sending us a warning?

Health is often gauged by the condition of the hair, and illness or stress can be detected if it changes its nature or even falls out. Hair has always been an indicator of age as well, by color and texture, as well as by style.

There is a great legend in the Hebrew Bible that Samson, a Hercules-like figure with superhuman strength, was born a Nazirite with vows to abstain from wine, to have no contact with the dead, and to never cut a hair on his head. Nearly an undefeatable man—his superhuman abilities made him a powerful warrior, and he was able to rip lions apart—he did have a weakness which would lead to his undoing.

He fell in love with a woman (a Philistine, with whom the Israelites were at war) against the wishes of his parents. Delilah was tasked by her people to find out Samson’s weakness, so as to defeat the hero that was said to protect the Israelites.

Samson revealed to her that it is his long hair that preserved his power, and once he fell asleep Delilah shaved off his hair, breaking his vows. He awoke to find that his powers were gone, and he was quickly conquered by the enemy—his eyes were gouged out and he was made into a slave.

Of course, it is not known for sure if the hair is communicating to us as part of our nervous system. However, being an extension of the self, having the quality to increase intuition, and the fact that it is affected by intense emotion, hair certainly is a type of 6th sense we tend to neglect. We care more about the style of this ‘nerve extension’rather than its benefits and then, we whine about not having supernatural tracking abilities (I am kidding about the whining). This Number One Killer Of Women Is In Part A Form...

What GOD Said To Each Of The Zodiac Signs?

The New You Is Receiving A New Mirror — An Extreme...

The 2017 Venus Retrograde In Aries & Pisces