When it comes to archaeological discoveries, very few countries can measure up to the wealth of Egypt.

From the Rosetta stone, to the Valley of the Kings, to the great ancient pyramids at Giza, Egypt holds a large trove of history which includes many important and mysterious discoveries. Rich tombs that date back to antiquity and ancient treasures, as well as an alluring assortment of magnificent temples are testament to the richness of the Egyptian dunes.

Even though we are yet to see another wonder of the world, archaeologists continue to discover many important ancient artifacts and sites that precede the Middle Ages. Both old and new discoveries reveal that the country can still deliver unexpected historic gems and wonderful Giza-grade delights. With this in mind, we have decided to take an inventory of some of the most amazing findings that have come out from this great civilization. Below is a brief exposition on some of the oldest Egyptian archaeological discoveries. 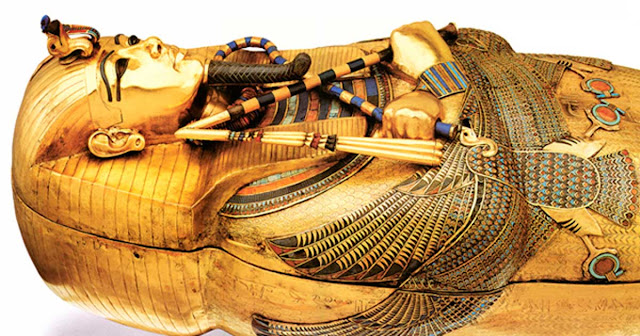 The Tomb of Tutankhamun

The tomb of Tutankhamun is arguably the “well” of ancient treasures which was discovered in 1922 by Howard Carter and his small team. Up till today, the tomb still remains the most popular historic gem to have ever come out from Egypt’s ancient past. 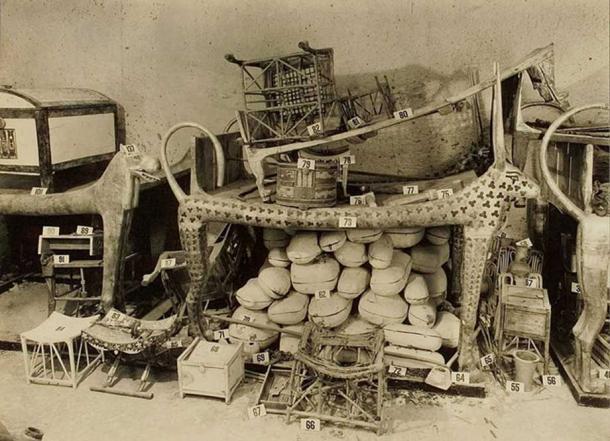 Among the treasures found in the tomb was the mysterious death mask that belonged to the “boy king” whose rulership was clearly committed to restoring the polytheistic religion of his people. 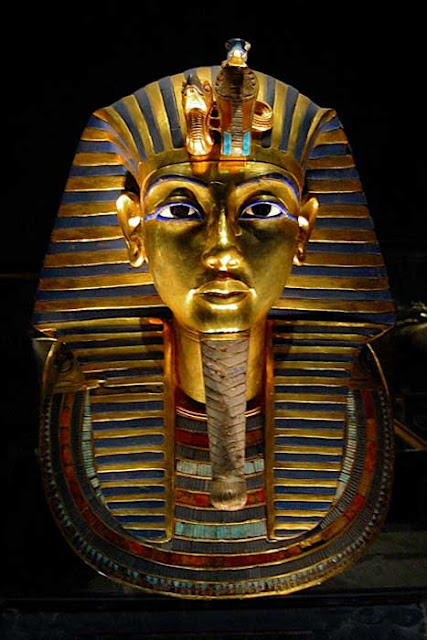 The death mask of Egyptian pharaoh Tutankhamun is made of gold inlaid with colored glass and semiprecious stone (CC BY-NC-SA 2.0)

The huge quantity of artifacts found in the tomb of Tutankhamun gave great insights into culture, religion, design and even technology of the time.

Discovered in 1799, the Rosetta Stone, an ancient artifact that dates back to the time of King Pharaoh Ptolemy V who began to reign at a very early age. Written on the stone is a law that confers the right of rulership on the young ruler who was thirteen at the time the decree was made.

Interestingly, the decree appears in three different languages and was written by a council of priests who were custodians of the law.

The most important fact worth mentioning is the decipherment of Egyptian hieroglyphs occurred in the early 19th century for which the Rosetta Stone supplied the most helpful clues. At that time, only a few Egyptians were capable of reading ancient hieroglyphic scripts and Rosetta Stone gave people an opportunity to extract missing information, thus solving many puzzles including “The riddle of the Sphinx”. 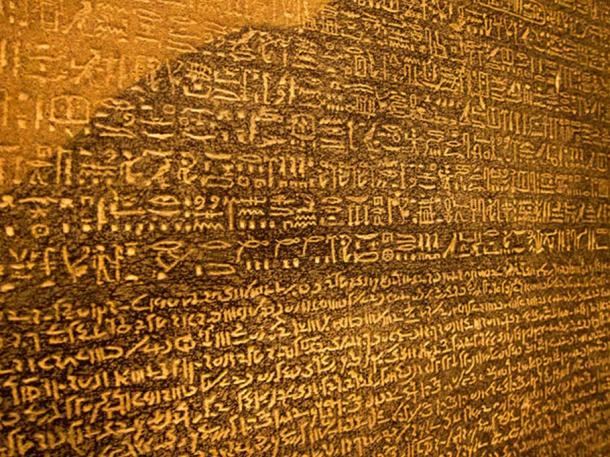 Detail of two of the three languages on the Rosetta Stone (CC BY 2.0)

Without the Rosetta Stone, full deciphering of Egyptian hieroglyphs could have been a long way off.

Starting from 1896, more than half a million papyri were discovered among the remains of Oxyrhynchus within the space of eleven years by two great archaeologists, Arthur Hunt and Bernard Grenfell. Further investigations revealed that the retro writing materials could have been introduced around 1,800 years ago. It is believed that the town’s dry climate is the reason why the fragments were able to survive for so long. 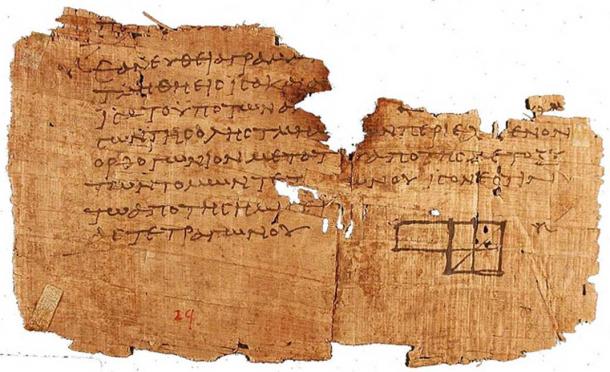 Administrative documents transcribed and assembled from the Oxyrhynchus excavation so far include:

Such titbits give a fascinating insight into the more everyday goings on in antiquity.

Dated to 3200 BC, the Meteoric Jewelry were discovered in 1911 from two different tombs in a cemetery. The metal beads which are arguably the oldest iron artifacts on the planet were made by hammering and rolling the meteorite metal into tiny forms. These were mainly used on necklaces with other fine materials like gold and agate.

This horrific discovery was made at the same time the great city of Luxor was being excavated. This occurred between 1997 and 2012 at a funerary site in ancient Thebes, where a group of archaeologists were working. ‘The Plague of Cyprian’ was the name given to a pandemic, probably of smallpox, that afflicted the Roman Empire from AD 250 onwards during the larger Crisis of the Third Century. 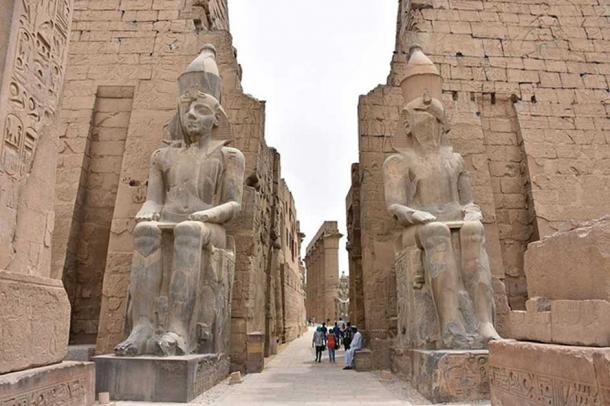 Entrance to the Luxor Temple in Egypt (CC BY-SA 4.0)

According to pottery, the complex came about when the whole Roman Empire was infected by a mysterious plague which took the life of many around the third century AD. From 250 to 266, 5000 people were said to have died in Rome. As Pontius of Carthage, Cyprian’s biographer said, this dreadful plague brought an excessive destruction from a hateful disease and invaded each and every house.

This discovery was the basis for further studies of hemorrhagic fever like Ebola and contributed the world’s medical field.

All of the mentioned discoveries made an impact on the world and its development from the ancient times to what we know it now. Each of the revelations greatly contributed and advanced the world of education and science.

Every single day humanity establishes ways to progress and thrive and in a way – we are making a history right now!

Billock, Jennifer, ‘See the Most Northerly Active Sand Dunes in the World’
Available at: http://www.smithsonianmag.com/travel/see-most-northerly-sand-dunes-world-180964704/#daKqi7YwH4rJHKsp.99

The Benefits Of Minimalism: 7 Reasons To Declutter Your Life

8 Warnings The Angels Use To Keep You Safe

How To Learn Everything About A Person By Reading Their...

A Glass Of Salt Water And Vinegar Will Detect Negative...

3 Easy Ways To Unlock The Door To You Subconscious...

Are You A Lightworker? Expect To Have Your Will Tested...

The Mysterious Ancient Pyramids Of Bosnia

Breaking Generational And Ancestral Cycles That Are Holding You Back

3 Types Of Heavenly Beings That...

Can We Feel When Someone Is...

Six Things That Can Make Your...