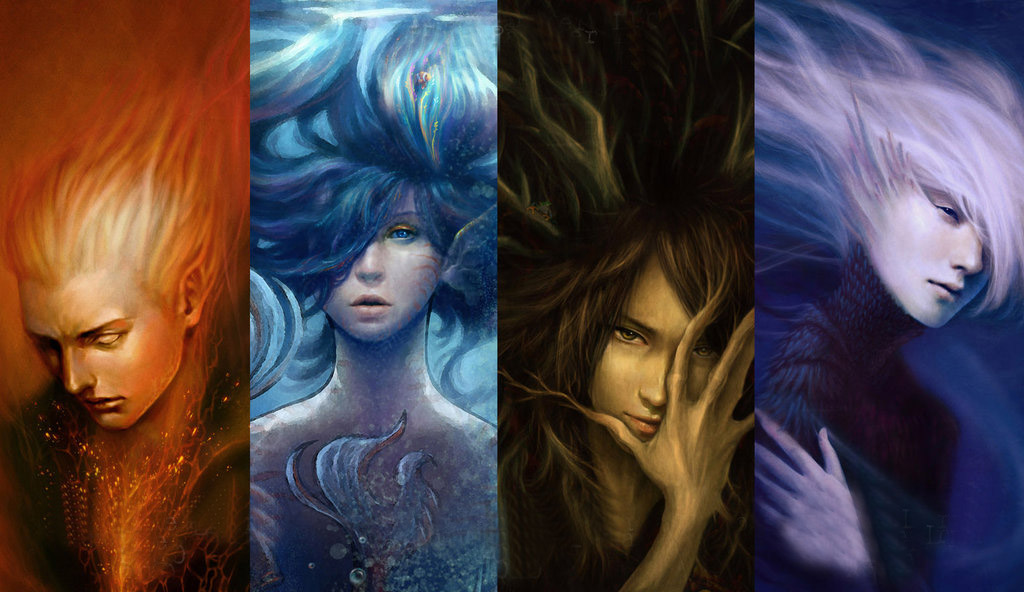 Since the ancient times, esoteric philosophy and paganism have spoken about how elementals live amongst us on this plane. They can only be viewed by the initiated, children, and shamans.

The Swiss alchemist Paracelsus is noted for categorizing all these elementals under 4 broad elements- gnomes, salamanders, undines, and sylphs, which represent earth, fire, water, and air.

The 5th elemental is human beings, who contain ether. Ether is nothing but a psychic substance which constantly exudes material evolution.

Elemental beings are classified as such because they have been portrayed as such since ages. In fantasy literature or in epics, elementals have always been shown to be somehow connected to the Mother Earth, in the form of a guardian or secret keeper.

Most encounters with such elementals usually are auspicious but can be considered to be evil, when ambition comes in between.

But, one could also argue that the very presence of such elementals and the encounters with them can be assigned to be a cartography of the energy conflicts that come between the multiple realms and the various elementals.

William R. Mistele introduced these elementals in his book, Mermaids, Sylphs, Gnomes and Salamanders: Dialogues With the Kings and Queens of Nature. He tried to catalog them based on their psycho-behavioral patterns.

They are loyal, brave, and willing to work to the core of things. They are associated with the Earth because they want to change things here so that they can last for eternity. They’re the pillars that make up this world if the world is considered to be a household.

Arrogance rules them. They are invisible, light, and sublime. Usually artistic and containing harmony and beauty, they are both intellectual and physical. Despite their arrogance, they are clear and transparent.

They exude will and power. They can be dangerous to people who are not earthly.

Whether we decide to accept these as facts or consider it as fiction, we can’t deny that Nature as a whole is extremely complex. It always tries to express itself in varied forms, which is evasive to people who don’t understand the true world as the initiated do.

The very mixture of the complements with the elements, to form something completely new, is what makes nature a treasure trove for anyone who understands the secret languages of it. 3 Crystals That Could Help You Through Mercury Retrograde