Home Consciousness 12 Signs That You May Be In The Presence Of An Unseen... 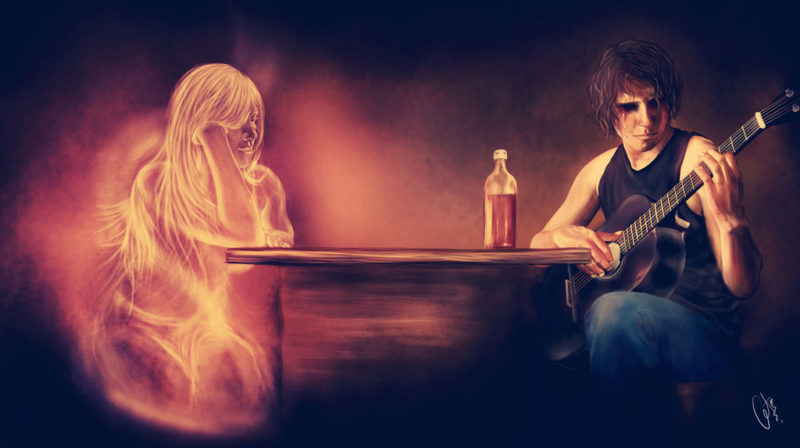 We have all seen horror movies and know right well that it is not a happy scene to have ghosts as guests in your place. Sometimes, however, it happens that they decide to pay you a visit even when you are not willing to invite them.

For those of you who didn’t know, there is a fine line between a ghost and spirits and you can easily understand the difference between them.

When you encounter a ghost, you experience an uneasy feeling and start feeling uncomfortable about the surroundings that you are in. They can attach themselves to an object or a living person as well. On the other hand, spirits do not bring any of it to your house. In fact, they make you feel calm, comforted and reassured. They might appear in your dreams or as an apparition but you can be sure that they are not going to scare you.

But talking of ghosts, here are some of the signs that can help you identify if you are being watched by someone that cannot be seen by the naked eyes.

It might sound as something subtle that goes unnoticed but later these noises might become loud and unbearable. They can be anything, right from footsteps or an unidentified bang on the door. They usually begin on a light note in order to scare the people or to communicate their presence to the people of the house. There can be multiple reasons for the noises to become worse. It is possible that the ghost does not like anyone on its property or it is unhappy with the recent changes that the place might have had. The reason varies, the sounds don’t.

#11 Electronics switching on and off

It is not like the usual flickering of light that you experience because of voltage fluctuations. If you have had experience of finding a particular light or most of the lights in your house switching on and off by itself, it is quite possible that you have an unknown visitor in your house. This could also be for other electronics as well. Usually, it starts off with one object being affected and then before you know it, nearly every other gadget in your house starts showing you signs of something unpleasant. Ghosts, it is believed, are attracted towards the electromagnetic waves of gadgets and use them to convey their presence.

#10 Cupboards and doors having a mind of their own

If you find a cupboard or door that was shut being opened by itself, there is a possibility that you may not be alone in the house. Most of the times, you might confuse it with the things acting strangely because of the movement of wind or air. However, if something like that keeps happening, you can be almost sure that there is someone else walking on the same ground as you but you may not be able to see the silent partner.

#9 Feeling of not being alone

If you are feeling that you are not alone and that someone might be watching you or is near you, there is a high chance that your instincts are right. As you know, your body is capable of sensing energy and when your body feels something near you, it is usually because it is picking another energy that might be near you. When you get a sudden feeling of having someone close to you, you are tapping into someone else’s energy. You may be impeding on ghost’s energy, as silly as it may sound.

An inexplicable sudden temperature drop usually implies that something from another medium is trying to communicate with you. It is assumed that the spirit entity has to draw energy in order to manifest itself into our physical world. Most of the time the drop is temperature is quite obvious because the change is quite sudden. A room that gave the cozy feeling would you give you shivers when the temperature is dropped.

Sometimes, ghosts decide to play a little trick with you as they focus their energy in one particular area of the house or building. The cold spot is concentrated and usually has hot air around it. You would feel the chill only when you go near the area and everything around it would seem usual.

Quite often an unusual and unexplained smell might attract your nose. There is no proper reason as to why this happens. However, it is believed that if it a ghost, you tend to experience the bad smell and usually good smells are the ones that are associated with good spirits.

Hearing soft chatter or whisper or voices trying to call your name or say something to you are some pretty obvious signs that there might be an odd presence around you. Most of the time, these voices come from a particular area or at a particular time. It could be a room or stairs that bring in the feeling of someone trying to communicate with you.

Animals have the sixth sense to identify unusual things that the human eye cannot see. Sometimes, you might find your cat or dog making strange noise by looking at one particular area. It usually happens when they notice something different or odd that looks like an uninvited guest. They are very sensitive to the paranormal presence and pay heed when they act strangely.

Sometimes, your eyes pick up small cues around you that look a bit different from the ordinary. This could be human formed apparition or entity. It could be misty, transparent or solid. They happen to disappear within moments and before you know it, there is nothing that your eyes can identify. What do you think they are?

Your body tends to react in such a way usually due to two reasons. First being, the sudden fall in temperature makes your body react in a way that would help your body to adjust to your surrounding and second, your hair also stands up as a reaction to a threat. It is body’s way of protecting you from the danger that might be around you. It is believed that when we experience a spiritual presence around us, our body identifies it as an object or entity that might harm us and thus reacts in such a way. So when you have goosebumps and can’t explain why; beware!

If there is a particular incident that is attached to an unsettling event or might be the time of death, there is quite a possibility that unusual events take place at the time. You could experience clock stopping or hearing noises only at that time and not anytime else. Generally, some events have a fixed time of happening and only after a prolonged period of time, they extend to other timings. It is believed that ghosts are tied to a particular time (they may have died at the moment or something else) and so if a particular time reflects odd behavior for you, pay attention!

How Difficult Are You To Love? (Based On Your Zodiac Sign)

Has Spirituality Become A Trend?