Home Consciousness Black Moon February: What To Expect In A Month That Has No... 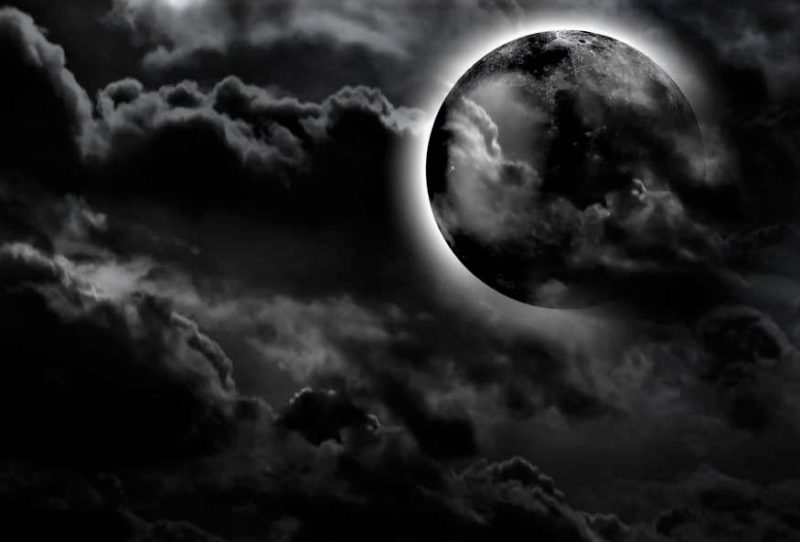 There were plenty of reasons to look forward to last month’s full moon (the second one of the month) and the coinciding lunar eclipse. But, once the dust settled and February officially started, we were left in the dark — literally.

We won’t see another full moon until March 1, so February won’t feature the energizing effects that accompany this bright, expansive lunar phase. But that doesn’t mean that we are having a month of total celestial boredom.
Depending on whom you ask, this month has a “black moon,” which isn’t nearly as scary as it sounds. In this case, it simply refers to a month that lacks a full moon, but it can also describe a month with two new moons or the third new moon in a season that has four total (which is one more than the average three).
Regardless of the definition you happen to be dealing with, its spiritual significance remains essentially the same. During a black moon, the energetic focus is on the new moon, the one phase in which the moon is completely invisible. This lunar phase is most closely associated with personal growth, self-improvement, and fresh starts.
Keep in mind that we were coming off a lunar eclipse when we began this black moon period. Eclipses, lunar and solar alike, are believed to signal the end of something and the start of something new.
So, as you begin what’s set to be a pretty introspective month, you might be better served to focus on any new beginnings you could kick off in your inner life, rather than anything that’s going on at work, in your family, or anywhere outside yourself.
Maybe you want a clean slate in your workout routine, so you sign up for a new class or upgrade your old pair of sneakers. Or, you might want to make a small change to be more productive every day, in which case you could shift your sleep schedule by an hour or drink more water throughout the day.
The new moon encourages us to reflect on what others can’t see. Use the time leading up to the the new moon on February 15 to decide what new changes you’d like to see in yourself.
Then, after the 15th, as the moon begins to wax toward fullness, you can put those plans into action. Think of this as a new moon ritual that you have weeks to accomplish — don’t be afraid to be ambitious.
Besides, it’s actually relatively common for February, the shortest month in the year, to lack a full moon: February black moons occur about every 20 years.

So, you can look forward to (or, depending on how you feel about quiet reflection, dread) yet another monthlong tour of your innermost self in 2038, give or take. The Power Of Being An Empath Warrior