Home Consciousness Hell, As A Place Of Eternal Punishment, Is Not Biblical 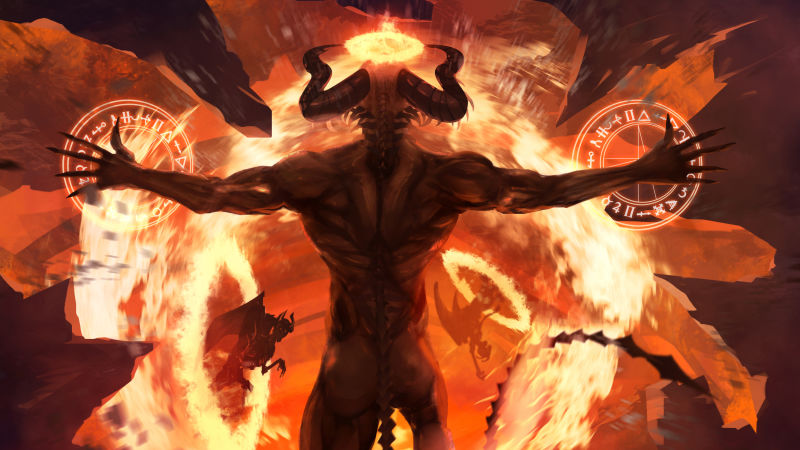 The human psyche is deeply scarred with the church’s teaching of a physical place called hell, created by a God who intends to punish some individuals for eternity. As long as the church ignores the fact of reincarnation, a fictional hell remains the only means for God’s justice to work itself out. After all, Galatians 6:7 reminds us: “Do not be deceived; God is not mocked, for you reap whatever you sow.”

Hell, as a place for some to spend eternity, is not biblical. Rocco Errico offers a word study. The English term hell comes from the Anglo-Saxon hel, meaning a hidden place. Hel comes from the verb form helan meaning “to hide.” Thus the English root word for hell, helan, has nothing to do with hell-fire. Biblical translators used the word hell to translate two different Semitic words: gehenna or gehenna dnoora in Aramaic (the language spoken by Jesus) and sheol in Hebrew.

Sheol comes from the Hebrew root word shalal meaning to be still, quiet. The ancient Hebrews believed sheol to be a place beneath the earth’s surface where those who die, both good and bad, are inactive and quiet. They await judgment or resurrection day. It is a temporary resting place in the underworld.

The Aramaic gehenna dnoora refers to the “Valley of Hinnom.” During the 1st century C.E., Gehenna Dnoora was the garbage dump for Jerusalem. Located outside the city walls, people brought their garbage to Gehenna Dnoora and burned it. The Judean king, Ahaz (735-715 B.C.E.), used this valley to send his son to the flames as a human sacrifice to the gods. As a result of these human sacrifices, the valley Gei Hinnom became a Semitic term for hell. The Old Testament sheol and the New Testament gehenna dnoora in no way refer to a place established by God for eternal punishment.

(The above word study was taken from an article by Rocco Errico entitled “Why Hell Is A Rubbish Heap” published in the February 1996 issue of Science of Mind Magazine.)

Revelations 21:8 is another verse that seems, on the surface, to verify the traditional Christian concept of hell: “But as for the cowardly, the faithless, the polluted, the murderers, the fornicators, the sorcerers, the idolaters, and all liars, their place will be in the lake that burns with fire and sulfur, which is the second death.” Throughout Revelation, sulfur appears in relationship to the eternal fires.” On the mundane level, sulfur is a natural element found in protein. Protein is essential to the well-being of our physical bodies. Hidden wisdom uses sulfur as an alchemical symbol. Alchemy, as defined by Webster, is the “power or process of transforming something common into something special.” Thus sulfur in combination with the eternal fire is the means by which souls are transformed “from something common into something special.” The second death is, therefore, death to the lower self (or something common) so that the something special (the Higher Self) can be resurrected into conscious awareness. Revelation is speaking of the astral plane (the plane to which most souls go after departing the physical body) where all negativity is eventually transmuted and resurrected into something special. Henceforth, the individual Soul is constantly attuned to the Higher Self as it continues its spiritual journey through multitudes of higher realms of awareness and manifestation as the god that it is.

Hell, as a place of eternal punishment, is not biblical.

Physical plane fire offers many benefits: it purifies, it renders malleable, it warms. The biblical eternal fire … lake of fire is fire operating at a higher vibratory rate. The eternal fire is the Purple Transmuting Flame. This Transmuting Flame can be used to purify the energy field around our physical, emotional, and lower mental bodies. It is the purple flame seen hovering around the physical body in the Divine Self chart. As our lower bodies are purified by the Flame, we are transformed from “something common into something special.”

The lake of fire is God’s gift ensuring that all of humanity ascends into the higher consciousness of the heavenly abodes—even the “fornicators, sorcerers, idolaters, and all liars.”

Empaths, The Holiday Season Is The Time To Put Yourself First...

Do You Feel Like Letting Go Of Your Twin Flame?

Heart On The Sleeve: 7 Things Empaths Do In A Completely...