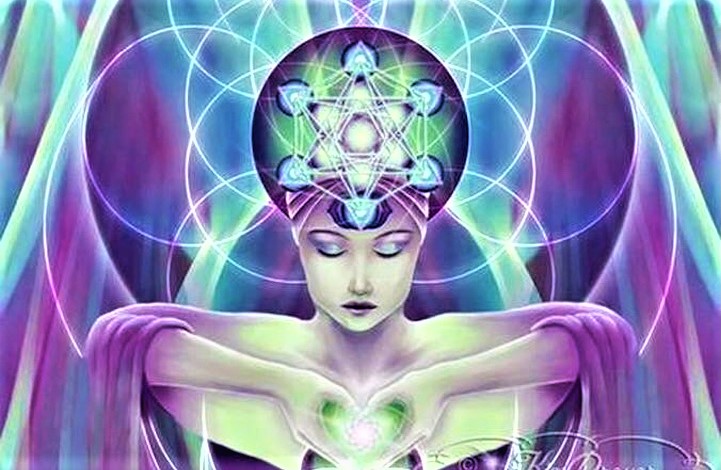 I have been asked by Archangel Michael to write this article in order to help the many people who undergo the experience of a rapid shift into multi-dimensional awareness, or, the shift from the Indigo state to the Crystal state of consciousness.

There are people who make the transition in a relatively gentle way, but there are many who experience a crisis when this happens. These are usually the people who have chosen to open up to the higher dimensions. This choice is not made logically by the rational mind, but is rather a soul choice made in response to the available transitional energies of the Earth herself. So, sometimes a person is thrust into psychological, emotional and bodily changes for which they can find no logical explanation. This can cause a crisis. My experience has been that orthodox doctors and psychologists are of very little help as they have no idea of what the person is experiencing. When tests come back negative, the person is often considered to be hysterical or ungrounded or even schizophrenic.

This transition often happens to people who have been on spiritual paths and are better equipped to handle the shifts. But, my experience is also that Indigo Children, no matter what their state of spiritual awareness, are particularly vulnerable to the spontaneous experience of transiton or breakthough to the awareness of higher dimensions. I must also add that the use of any kinds of drugs, fairly common among Indigo adolescents, quite often precipitates this transitonal crisis before the person is really ready to deal with the effects.

Below are a list of the symptoms experienced in the process of crisis or breakthrough:

Coping Skills for the Transition

The best advice I can give is to be accepting of the process and do not resist. My own transition has been going on for nearly 18 months. I found that the key was acceptance. I kept hoping that I was going to wake up one day and feel “normal” again. It was only when I accepted that I would never again feel “normal” as I knew it, that I was better able to feel more comfortable in my new space and to cope better. Then you can begin to explore the adventure or the positive side of this new state.

Below are some tips for dealing with the transitional crisis:

We Are All Experiencing A Massive Sense Of Chaos And This...