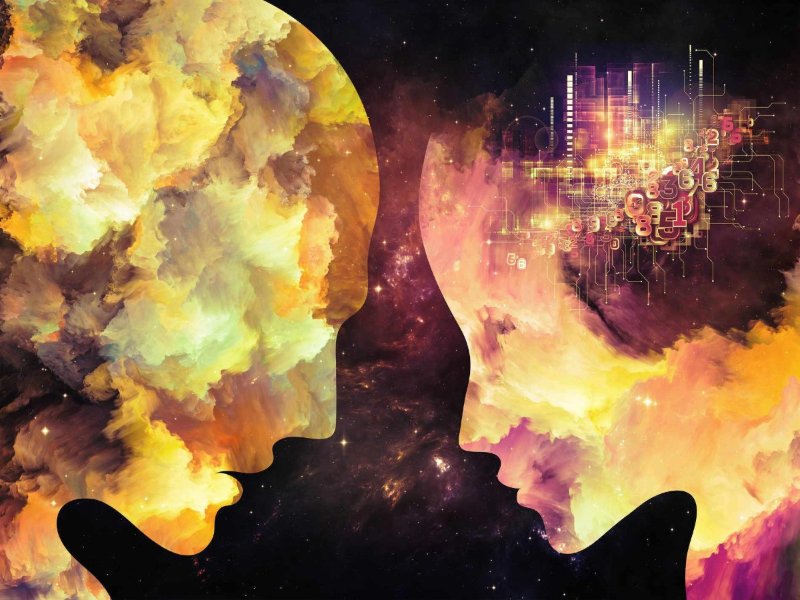 Scientists stuck in the materialist, the Newtonian conception of the Universe believe that human consciousness is only 3,000 years old. I would like to put this nonsensical notion to rest, with my limited consciousness, yet one that has been around for eons, which I will support with ample evidence.

Julian Jaynes wrote in 1976 in “The Origin of Consciousness in the Breakdown of the Bicameral Mind,” that human consciousness only came to be 3,000 years ago. He also asserts that this timeframe explains when humans first developed spoken language.

Before I argue against these absurdities, I will explain what Jaynes puts forth using Homer’s Iliad and Odyssey as references, to posit that consciousness within the human being is so incredibly infantile.

Jaynes argues that we did not understand metaphor, had no insight and could not reflect on an inner world – the foundation of what we know as consciousness – in the time of the “ancient” Greeks. This is loosely referred to as the Bicameral Mind and has been taken up by many other philosophers.

Jaynes argues that thoughts occurred to us and we obeyed the thoughts without question, believing that we were receiving orders from some higher authority.

This would also explain the many “voice of God” testaments that have given rise to religion. Those who support the Bicameral Mind theory would then also suggest, that there is no God, but just declarations in our head. This is the essence of Bicameralism – that there is one voice in our head which “speaks” and another that “listens and obeys.” It’s as if we’re living in a two-chambered echo-system like a bad version of the telephone game with only two deranged players, trading messages back and forth along a string under water. Though our egos will often garble messages to such a degree, the underlying premise seems laughable.

Per Jaynes, in epic poems like “Iliad” and “Odyssey,” characters didn’t ask why and were simply told what to do, and then did it. They could not think about the consequences of their actions.

To address the foundations of Bicameralism, let’s look at when human beings likely developed a sense of introspection and self-awareness, allowing for these markers to be an indication of consciousness, though, I would argue, there are many others. It stands to reason that scientists still have not found the actual brain process(es) behind our consciousness, so relegating it to a twin dialogue, minimally, seems odd.

Moreover, science largely still supports the notion that our brains house consciousness, when it is highly probable that consciousness exists outside of the human brain, though it interacts with, and informs our thoughts on a second-by-second basis.

Research has even pointed to the existence of consciousness before birth, so how could consciousness simply have “become” 3000 years ago?

Human beings were highly consciousness, introspective individuals at least 15,000 years ago if not far deeper into our Universal existence.

Archeological sites that predate Stonehenge by 6,000 years offer evidence of a highly intelligent civilization. Could places like Gobekli Tepe exist to an unconscious people? Arguably they heard the “voices” of the Bicameral Mind that “instructed” them to build temples on a hill, but we haven’t even unearthed the entire site, nor all its secrets. This single site has already re-written our early history.

If we were simply to look at the true age of the Sphinx in Egypt, now water-dated to more than 7,000 years ago, we can make the same argument – that this highly advanced civilization could not possibly have accomplished all they did – aligning the pyramids with specific astrological cycles which only happen once every several thousand years with highly advanced engineering techniques, if they were not both contemplative, and highly conscious.

It is also easy to refute the Bicameral Mind based on the formation of language, as the first conscious sound, “Aum” and all derivatives of it, no matter the widely dispersed cultures on our planet, has scientifically proven to be an utterance of extremely high consciousness – a fractal vibration of the sound of consciousness creating itself.

Aum is the disturbance of entropy, to create limited consciousness so that it may experience its Infinite self. Whether you call this God, Brahman, “ voice” in some yogis head, quantum reality, or some other name, it is immaterial.

Sri Chandrasekharendra Saraswati Swami explains that when we utter a sound, the nerve centers of our body vibrated, and accordingly an emotion is created in mind.

Emotions will vary the pulse beat. They also change our brain chemistry. When a mantra is uttered or heard, it creates a positive vibration in our mind. For a sound to be audible, the life breath has to pass through the vocal cords, tongue, and lips. When we pronounce a word, the nerve center in these places vibrates, and accordingly, an emotional state is created in mind.

How could a word that has been used for multiple centuries alter the human physiology to such a degree, without being created “consciously”?

And is not “Aum” language? Notwithstanding the argument that consciousness exists in geometric forms, symbols, and other non-syllabic utterances, this too would support the idea that human consciousness is far older than a mere 3,000 years.

When even modern quantum physics still struggles to explain what consciousness is, we certainly cannot seriously entertain any notion that cosmic or mystical experience is simply one voice in our head talking to another.

Consciousness is far too vast for such pedantic theories.

Though we may never understand the true nature of consciousness, simply boxing mysticism and putting it on a shelf as a ridiculous religious phenomenon created by hopeful bi-pedals looking to find external justification for their existence, is no different from taking science without a grain of salt.

Scientists are wrong all the time – thank goodness – as this is what allows us to keep exploring consciousness –to the point that we’ve learned even scientific attention alters the outcome of an experiment (the basis of quantum theory) – proof, yet again that consciousness is much older, more complex, and much grander than we’ve ever imagined. And if that doesn’t cause someone to have a “religious experience,” then we’re hardly going to alter the opinion of the mechanistic, Bicameralism – but hey, at least we might change the two-way dialogue.

This article (Human Consciousness is Far More than 3,000 Years Old) was created and published by Waking Times and is published here under a Creative Commons license with attribution to Christina Sarich and WakingTimes.com.

The New Moon In Scorpio Will Urge You To Open Up

Are You Feeling Drained? This Is The Best Way For Your...

How To Find If Your Partner Is Likely To Be Unfaithful