Home Consciousness The Cosmic Lottery: How You Overcame 1 In 140 Trillion Odds 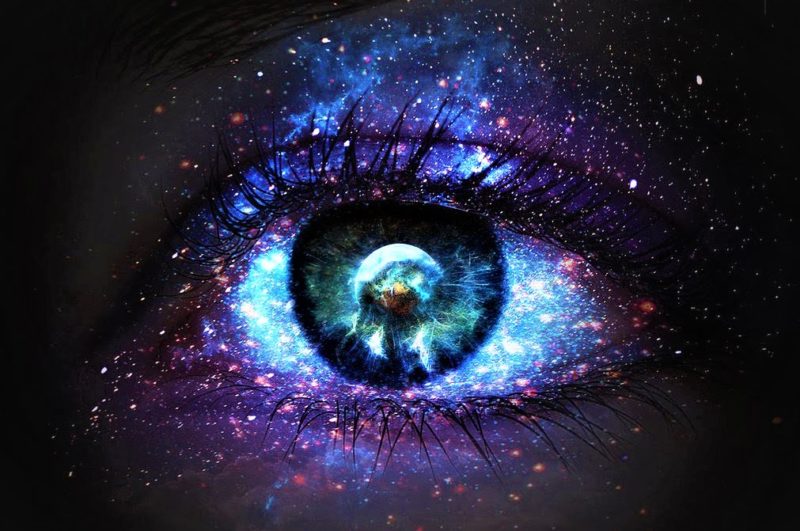 My old roommate told me this awesome story about witnessing something on a New York City subway:

She was sitting next to a couple young guys who were loudly bragging to each other about how successful they were going to be selling drugs together. They talked about how they’d make tons of money and be the coolest kids ever. They were doing it loudly, swearing a lot, and basically just trying to make a scene.

All of a sudden, an old man sitting across from them dropped some knowledge.

“Are you guys kidding me? You’ve won the cosmic lottery!“

He went on to explain how infinitely unlikely it is that they are alive.

The way my roommate described it, his explanation was strikingly similar to this great quote from This Book Will Change Your Life: 365 Daily Instructions for Hysterical Living:

After the old guy made his point, everybody on the train started cheering for him. A lot different from a usual ride in New York City.

We are part of an epic cosmic evolutionary process. Our universe has been growing for an incredibly long time, and we happen to have a miraculous place in its history.

Our degree of awareness, both of what is inside and outside of ourselves, is what makes humanity so astounding. The gifts we have, the richness of our life experience, is a truly rare phenomenon.

The best guess for how this whole thing started is that there was an explosion of unimaginableenergy, the big bang, which initiated the ecstatic movement of particles throughout a continually-expanding space.

Particles interacted with each other, having all sorts of particle sex, until molecules emerged. Molecules had molecular sex and created more complex chemical compounds. Chemicals floated into each other and gravitated together, creating colossal clouds of dust and gas called nebulae. When gravity has its way with a nebula, it pulls dust and gas together to form stars and huge rocks.

One nebula gave birth to a rock we call Earth and a star we call the sun. These two bodies happened to form a vibrant relationship with each other.

Some pretty exceptional atmospheric conditions arose hugging Earth. Water started falling onto Earth’s surface. There was a lot of carbon around.

We know that as time passed life got more and more complex. Starting out as tiny bacterial organisms, various life forms changed across generations to better adapt to their environments. An organism needed to fit its environment appropriately to survive, hence survival of the fittest, and this need for adaptation drove organic evolution.

Somewhere along the way, organisms got so complex that they needed awareness to function. A first-person experience was necessary to ensure the organism could complete all the tasks it needed for survival.

Which brings us… to us! Humans are a very recent evolutionary phenomenon, with magnificently advanced forms of awareness. Our capacities to sense, feel, and think go far beyond any other organism on this planet.

I imagine other animals have experiences much richer than most of us assume. But it’s clear that the abilities granted by our awareness give us a wider breadth of capability and a more sophisticated way of understanding reality than any other animal we’ve encountered.

The cosmic evolutionary process that has given birth to us is worthy of reverence. It’s incredible, unimaginable. You can’t make this shit up.

But don’t forget that we ourselves are also worthy of reverence. We are a truly fucking exceptional part of this whole thing.

A lot of crazy stuff had to happen for you to be here.

An uncountable number of tiny details in our cosmic history have made the difference between us being here and us not. Things happened just right in our little corner of the Milky Way.

Small alterations in how it went down could have screwed everything up.

If the earth was just a little farther away or a little closer to the sun, then it may never have become suitable for life. If Jupiter’s gargantuan mass didn’t pull in asteroids, then Earth would be frequently plummeted by immense rocks from the asteroid belt.

There are so many things that could have prevented our lives from ever happening. So many puzzle pieces had to come together in exactly the right order to create our lives. Our existence is immeasurably unlikely.

This makes your life a sublime opportunity.

Your life is a miracle.

So start treating it that way! Every day find a moment to remind yourself that your existence is amazing. For a quick second, practice gratefulness and thank the universe for your opportunity to participate with it.

Use your time. Every moment you have is valuable. Recognize that value by not wasting your moments, your days, your life. Do that awesome thing you want to do. Create something. Give someone help and kindness. Take time to sit, meditate, contemplate, and appreciate things quietly and calmly.

Be productive, mindful, or both! However you do it, soak up every drop of life you have in the best way you can.

I like to think that when I live this way, the universe sits back and smiles at a job well done. Here Are 5 Mindful Practices To Try If Meditation Is Not...

Pick A Key To Reveal Your Subconscious Personality

14 Changes That Occur When A Man Meets His Soulmate