Home Spirituality Each Zodiac Sign Has A God Or Goddess That Goes With It... 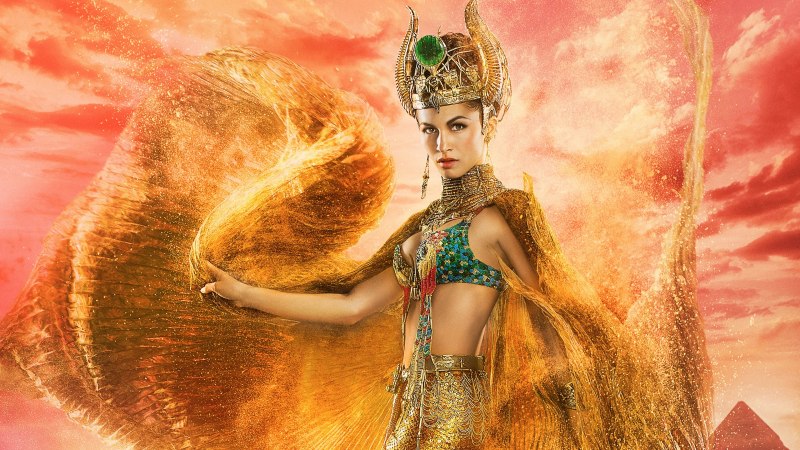 Ancient mythology is essential to studying astrology, and among the many things they have in common, one thing is for sure: they’re both timeless.

Astrology is full of mythological components. In fact, each zodiac sign has a god or goddess that goes with it, considering each constellation represents a figure from ancient mythology. There is more than one approach to practicing astrology.

Most astrologers base their studies upon psychological observation, considering it is one of the most effective ways to the study the subject. However, there is another approach, as this is where the ancient deities ultimately play a role.

In case you haven’t noticed, mythology paints a picture and offers a background story to astrology. So much so, its ancient history and myth inspired psychoanalyst and astrologer Carl Jung to connect modern science and ancient practices back in 1954, which in turn, was the beginning of the astrological archetype. For instance, in Jungian psychology, the archetypes represent universal patterns and images that are part of the collective unconscious. Jung believed that we inherit archetypes the same way we inherit our instinctive behavioral patterns.

Truth is, every symbol has a story behind it, and the same goes for all 12 zodiac signs. Here are the gods and goddesses associated with yours:

In Greek mythology, Ares is the son of Zeus and Hera. He is the god of war, as he represents the violent and physical aspects of battle. Some say Ares was Aphrodite’s lover and was held in contempt by her husband, Hephaestus, after their affair was discovered among the Olympians.

Ring a bell? Aries is both untamed and highly passionate. This sign is also notorious for being over-sexed and physically aggressive.

The goddess of sexual love and beauty, Aphrodite, was born from the white foam produced by the severed genitals of Uranus, after his son Cronus threw them into the sea. They say her beauty was what sparked rivalry among the gods.

Sound familiar? Taurus is ruled by Venus, planet of love, beauty, and pleasure. It’s no coincidence those born under this sign are blessed with gorgeous looks and love indulging in the pleasures of life.

Athena is a multifaceted goddess. She represents wisdom, courage, inspiration, mathematics, strength, strategy, and more. Some say she was came out of Zeus’ forehead after he experienced an enormous headache.

Just like Gemini, this goddess is an intellectual chameleon. Those who are born under this sign tend to be relentless thinkers who also happen to be incredibly savvy.

Cancer: Artemis, Goddess Of The Moon And Wilderness

Daughter of Zeus, Artemis is the goddess of the moon, hunting, and virginity. She is the protector of young children and a healer to women, and is depicted as a huntress carrying a bow and arrow.

It doesn’t get more Cancer-like than the goddess Artemis. Ruled by mother moon, Cancer is the nurturer of the zodiac. Some born under this zodiac sign are blessed with healing abilities they inherited from their ancestors.

Leo: Apollo, God Of The Sun And The Light

Apollo is the god of the sun, light, music, poetry, and knowledge. Mythology says Apollo was known for entertaining Olympus with tunes played on his golden lyre.

Leo is the entertainer of the zodiac, just like Apollo. Ruled by the sun, those born under this sign are warm, loving, and charismatic. Coincidence? I think not.

Demeter is the goddess of the harvest and fertility of the earth. Ancient lore says she revealed the art of growing and using corn to all of mankind. She was depicted wearing a wreath made of ears of corn in ancient art.

Virgoan much? The goddess Demeter is a pure representation of Virgo’s fertility and harvest.

Queen of the Olympian gods, Hera is known as the goddess of marriage and birth. Some say she was a jealous wife, as she constantly fought with Zeus over his affairs.

Just like Libra, the goddess Hera is a representation of justice and relationships. Those born under this sign tend to be attractive, as they are also ruled by Venus, planet of love and beauty.

Kali is one of the most complex goddesses in the Hindu religion. She is known as the goddess of death and sexuality, as she brings transformation to one’s ego.

The goddess Kali is the epitome of all things Scorpio. This water sign is also a representation of death, transformation, and sex.

Sagittarius: Zeus, God Of The Sky And Thunder

Zeus is the god of the sky and thunder, also referred to as the king of the gods. Some say he exposed liars, as he was the keeper of oaths.

Sound familiar? Sagittarius is ruled by Jupiter, planet of truth and abundance. Zeus’ arrow is equivalent to Sagittarius’ archer.

Capricorn: Persephone, Goddess Of Harvest And Queen Of The Underworld

The goddess Persephone was Demeter’s daughter and queen of the underworld. She is often depicted as a young goddess holding sheafs of grain and a flaming torch.

Similar to Capricorn, Persephone is a representation of both the light and dark. Hades fell in love with her and took her to the underworld, which also represents the darkness that comes with the winter.

Prometheus is the Titan god of forethought and crafty counsel who was given the task of moulding mankind out of clay. Just like Aquarius, the god Prometheus was somewhat of a rebel. His abilities and chaos are also similar to Aquarius’ ruling planet, Uranus.

Ishtar was formerly known as the goddess of fertility, however, she then evolved into a more complex character, and a goddess of contradictory connotations and forces. It doesn’t get more Pisces than this goddess. Ishtar’s energy is mutable and contradictory. Just like Pisces, she is complex and universal.

10 Ways To Recognize Close People From Your Past Lives