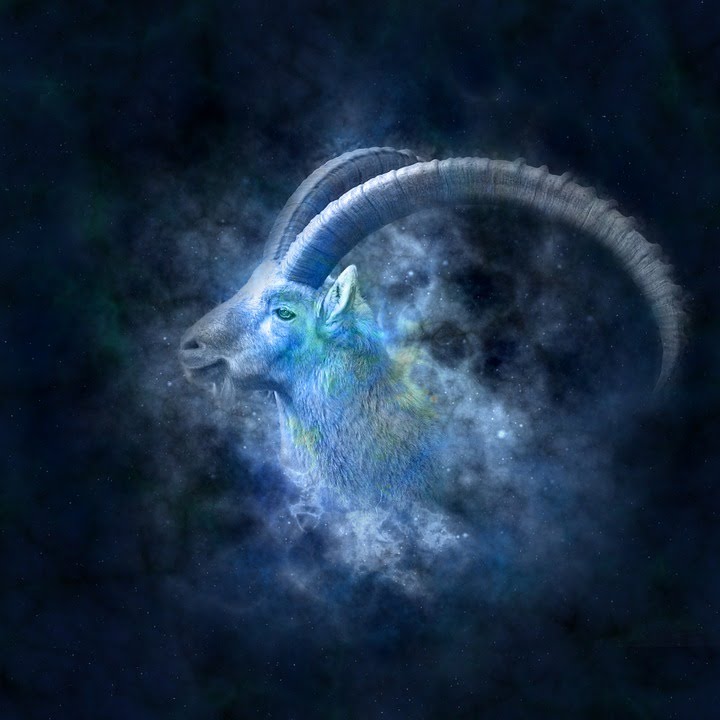 The New Moon on Thursday 29 December 2016 is at 8 degrees Capricorn. The New Moon December 2016 astrology is excellent for making your dreams come true. The December 29 New Moon will and inspire you with passion, romance and motivation. If you lack direction it will be your dream catcher.

New Moon December 2016 makes no fewer than ten planetary aspects with some fixed star conjunctions too. This makes for endless opportunities and possibilities but the general theme is definitely positive. Good fortune and lasting happiness can be found by taking the spiritual high road to reach your dreams.

A New Moon represents the end of one cycle and the beginning of another new 28 day cycle. Sun conjunct Moon means all possibilities are on the table. You can rightly put yourself in the forefront of new plans for the future. Old habits, behaviors and beliefs can be questioned as you search for new and inventive ways to make progress. This is the ideal time to make a fresh start and write down a to-do list.

The influence of a New Moon lasts for four weeks up to the next New Moon, in this case the January 27 New Moon. The best time for making a fresh start and for beginning new projects is during the first two weeks of a New Moon cycle. This waxing phase of the Moon lasts from December 29 to the January 12 Full Moon.

The story gets more detailed with the December 29 New Moon sextile Mars and Neptune. While still sounding basic with just the sextile aspect showing in the chart, the New Moon and Mercury sextile Mars and Neptune actually includes ten aspects. Then there are some major fixed stars to consider plus that signficant looking configuration involving Jupiter, Saturn and Uranus. As usual, I will start with what I consider to be the most important influences on the New Moon and drill down from there.

New Moon conjunct Mercury puts the focus on your thinking and communications, making this a very busy time mentally. What you say and how you say it becomes more important. Your words carry more weight, they have greater meaning and influence. Your mind will be more active than usual which favors lots of interactions, clearing paperwork and bills, and receiving and sending letters and emails.

You may notice more interaction with people in your neighborhood and have more short trips around town. You may seek mental stimulation through social media and internet forums, news and documentaries on TV, radio, news papers and magazines. The news, media and journalism may themselves become news stories. This is also possible with other communication and transport systems and technology.

Mercury retrograde brings communication and technology breakdowns, nervous anxiety, travel delays and lost items. Any focus on news and transport is now likely to be about misinformation, accidents and delays. There is a feel of a difficult Mercury-Saturn aspect about Mercury retrograde, so you can also expect to dwell on things, reminisce about the past, or unexpectedly meet up with people from your past.

This particular Mercury retrograde phase is extreme and intense because Mercury stationed retrograde conjunct Pluto. This is ideal for deep research and uncovering secrets. For those interested in astrology or psychology, this should be a time of deep self-analysis and discovery. News stories about the news itself will now involve propaganda and hacking. Negotiations between states will be more protracted or be suspended.

To summarise so far with a Mercury retrograde New Moon, this should be a four-week period of reflection, contemplation and discussion. This is a good New Moon for thinking about how your thoughts affect your attitudes and moods. Thoughts are powerful things, the have energy and manifest around you as words and even actions. Prayer and positive thinking can make a real big difference to your life.

Then you can think about how your thoughts, attitudes and words affect the people around you. Do you need to make more effort so that your messages are clearly understood? Do you really listen or turn off? Do you give enough compliments and encouragement to your loved ones? Just as positive thinking can make a big difference to your life, so too can positive reinforcement make a big difference to the life of someone you care about.

Due to the Precession of the Equinoxes, the Sagittarius Constellation now sits wholly in the Capricorn Sign. This is due to a fatal error in the construction our Zodiac over 2000 years ago. This is why I do not use Sun Signs for astrological interpretation but instead look to the Fixed Stars. Originally, our Zodiac:

was a convenient celestial measuring device, unrelated to astrological activity…it was being used at that time for the recording of astronomical data, yet observation of the effects of the planets for astrological purposes continued to be related to the visible constellations. [ Heavenly Imprints, Deborah Houlding]

The New Moon December 2016 astrology is influenced by two very different fixed stars in Sagittarius Constellation. Generally, this is a fortunate and fruitful Constellation indicating events pertaining to kings or a large portion of humanity.

Behind Mercury retrograde at 6°32′ Capricorn Sign is a yellow star on top of the Archer’s bow called Kaus Borealis. It has your typical Sagittarius/Ninth House/Jupiter nature. It stimulates mental activity and gives strength and flexibility when debating. It promotes a sense of justice with idealistic and humane ideas.

Ahead of the New Moon at 8°31′ Capricorn Sign is a nebula in the Face of the Archer called Facies. Keywords for this Pluto-like star include driven, focused, prolific, productive, profound, influential, weak eyesight, powerful insight, in your face, brave, tell it how it is, gritty and dark.

Adding fixed stars to the Mercury retrograde New Moon allows for a much deeper and more meaningful assessment of your thought patterns and communication style. Fixed star Facies provides insights from the darkest recesses of your mind. However, it can cause dangerous thoughts and make your words very direct and sometimes hurtful.

Fixed star Kaus Borealis turns your darkest thoughts into morally and culturally acceptable attitudes and ideas. While also adding great force behind your reasoning, it brings a flexibility to your thinking that softens any hard-line stances.

It will be interesting to see how this influence plays out in global disputes and negotiations over peace and the human rights of refugees. Hopefully the idealism of Kaus Borealis will quiten the threats of war from Facies.

The next major influence shown in New Moon December 2016 astrology chart above is the sextile to Mars and Neptune. Mars with Neptune on its own can be good or bad. In this case it is on a fortunate fixed star with the friendly aspects, so it is going to behave nicely.

Mars conjunct Neptune will therefore make your feel romantic and sensual. You should enjoy this spiritual trip with more energy and enthusiasm to chase your dreams and goals. Love relationship will benefit from your magic touch, while dating will benefit from your sexual magnetism and charismatic appeal. You can confidently pour your energy into things you care about like charities or human rights work. You can heal the sick with your positive energy.

Fixed star Skat at 9°06′ Pisces gives good fortune and lasting happiness. It is also called “The Wish” but only grants your hopes and desires if you have worked hard to deserve them. I won’t list the six aspects involved in the sextile between the Mercury New Moon and the Mars Neptune conjunction but give a brief summary of the combined influence.

The sextile aspect is energetic and expressive, so acts like a good combination of Mercury and Mars. It makes both the Mars Neptune conjunction and the Mercury New Moon alignment manifest their best qualities and work together for your benefit. If everything in your life is running perfectly then it should feel like you are living out your dreams.

For everyone else it will help you get closer to your most passionate desires. If you are unsure what you want in life it will act like a dream catcher and inspire you with passion and motivation. Your feelings, intentions, thoughts and actions will all be focused on working out how to reach your goals. The planets, fixed stars and aspects all combine to make you incredibly focused and driven to explore every possible avenue to make your dreams come true.

It will be best to focus on one particular goal, something you feel passionately about with no doubts in your mind. Your dream does not have to be so personal but could be furthering a particular cause. This could involve helping others through charity work or fighting for the rights of the disadvantaged.

Mars conjunct Neptune makes a mean spiritual warrior. The New Moon December 2016 astrology suggests a victory in spiritual warfare. The winner being the side with the most enlightened or morally just belief system. I’m sure this means a major defeat for Islamic State in both Iraq and Syria.

Victories will also be possible in human rights, environment causes, social justice and animal welfare. At the most personal level this New Moon is perfect for battling and defeating your inner demons and any negative spiritual entities in your environment. Addictions and other bad habits will be easier to conquer. You can be the master of your own desires.

It will be easier to put your plans into action after Mercury turns direct on January 8, 2017. I would leave it as close to possible, but before the January 12 Full Moon to make final decisions or sign documents.

The combined effect of the right angled triangle involving Jupiter, Saturn and Uranus will throw up some surprising opportunities for you to take advantage of. Jupiter opposite Uranus will make some seem way too crazy to even consider. Jupiter sextile Saturn gives the common sense and sound judgement skills to make the right choice.

Saturn trine Uranus makes New Moon December 2016 the ideal time to make positive changes in your life because they should run smoothly. Change will not be upsetting or erratic as it sometimes can. You will remain calm and patient, planning every step methodically.

If New Moon December 2016 directly impacts your horoscope decan you can read about its effect in your monthly horoscope. For more detail about how it affects your natal chart see Sun Transits. Thunder Full Moon Lunar Eclipse On July 5th. Are We In For The Biggest Energy Shift Of 2020?

5 Protection Crystals That Will Keep You Safe While Traveling

The Uplifting And Healing Power Of The Third Eye Kiss

The One Secret He’s Hiding In A Relationship Based On His...

The Connection Between A Pet And Its Human Is Nothing Short...