Home Consciousness Woman Records Incredible Sunflower Voice, And It Sounds Out Of This World
ConsciousnessTruth & Mystery

Woman Records Incredible Sunflower Voice, And It Sounds Out Of This World

Our planet is amazing, and with it, everything that lives on Earth represents an incredible life form that never seizes to amaze us.

And when we finally think that we have seen it all, and that nothing in this world can surprise us, something absolutely incredible happens.

It turns out that plants not only react to sounds and music, but they are also capable of creating them.

We all know that plant life is crucial for life on planet Earth, but to be honest, most of us see trees, bushes and flowers as just the still and silent decorations of our yards and gardens.

Our brains kind of override the fact that they are living beings, that are able to communicate with one another, and probably sound is the medium they use. 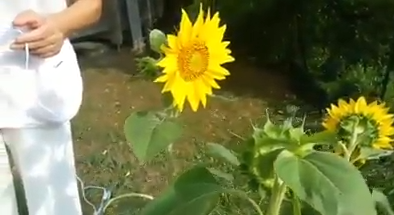 While they may not be able to produce sounds like humans and animals, plants use vibration and sound around them to communicate and to inform them about any imminent danger from nearby.

In an impressive video, a woman shows how she records the sound of the sunflowers that she has been growing in her backyard and it sounds totally out of the world. 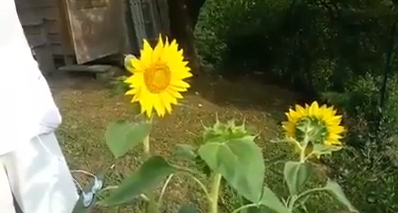 With a microphone and her mobile phone, the woman records the vibration sound from the sunflowers which sounds like a high-pitched radio wave

Impressed by the recording, she later shared the video on her Facebook and the video immediately became viral with hundreds of thousands of views so far

Apparently, this has been confirmed by a study done by The University of Western Australia in which researchers discovered clicking sounds coming from the roots of corn saplings.

Check out the video to find out how sunflowers sound like HERE.

Crystals For The Adventurous Explorer

The Quesiti – 8 Steps For Growth And Change

Are You Showing Signs Of Masochism? Here Are 7 Signs...

How To Deal With The Pain Your Twin Flame Is...

The Essence Of Being A Mother Lies In The Sacrifices...

The Seven Types Of Relationships We Create Based On The...

Programming The Mind To Help You Reach Your Highest Potential

The Order Of Grigori Angels And...