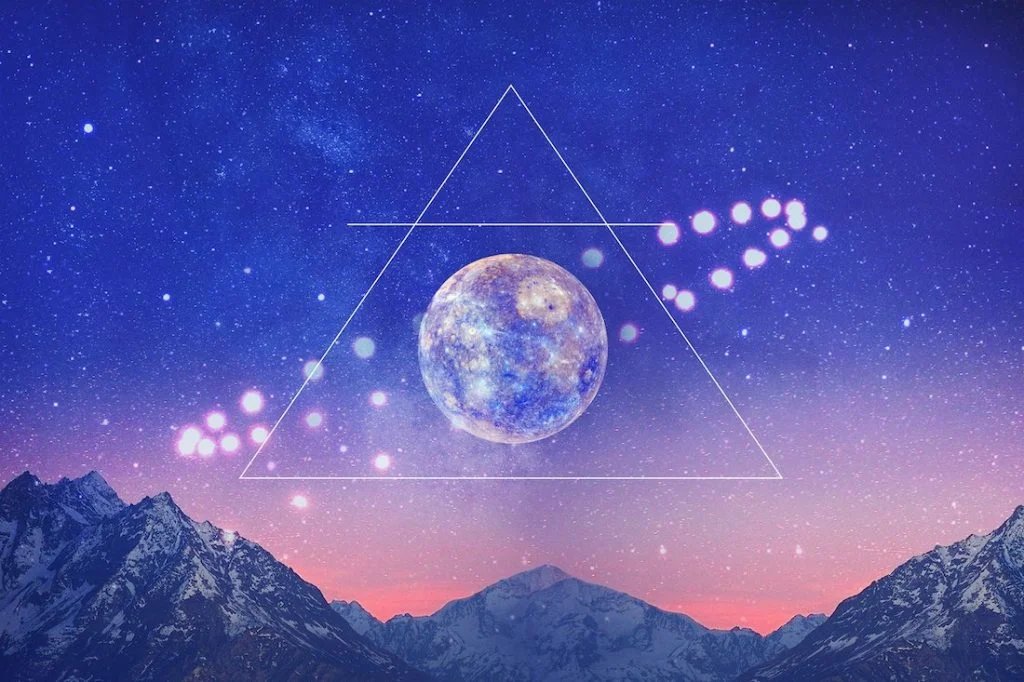 As we approach the final few months of 2021, we also approach our third Mercury Retrograde for the year. Commencing on September 27 and spanning the days until October 17, Mercury will be taking a three-week backspin through the sky.

As the pop-astrology becomes more and more mainstream, many of us would have heard all about Mercury Retrograde before. But there are probably a few things you didn’t know, especially about this particular transit. Below, we explain all you need to know about what to expect during this Mercury Retrograde.

What is Mercury Retrograde?

Roughly three times a year, for about three weeks but sometimes up to six weeks, Mercury goes into retrograde. According to astrologer Jules Ferrari, this is when “from the Earth’s perspective, as we move in our orbit around the sun, it appears as though Mercury is moving in an apparent retrograde motion (aka backwards).”

Now of course, Mercury isn’t actually moving backwards, it’s simply due to the angles and view points from Earth that it appears this way. Astrologically, these changing placements and movements will have an affect on the energy surrounding us.

When Mercury is in retrograde, the aspects of our world that are influenced by Mercury can become convoluted and muddled. Since Mercury is the planet that rules travel, communications and other transits, this period can present a number of challenges.

What to expect from this September/October Mercury Retrograde?

While all planets go into retrograde – you may have seen us talk previously about Jupiter Retrograde and Neptune Retrograde –  it’s the Mercury Retrogrades that tend to have the biggest impacts on us. This is because Mercury rules of a significant portion of our lives. Communication is so important to the way we live and when this human device is impacted, it can make every aspect of life all the more frustrating.

While Mercury Retrograde affects travel and transit too, this particular retrograde will center on relationships and communication as Mercury will fall in the Air sign of Libra. Libra strives for balance, is flirtatious and talkative – so these aspects will be influencing the impact of this transit.

Expect real problems in communications with the people closest to you. That includes your friends, partner and even the people you work with. Delays, misunderstandings and even arguments are all more likely during this time. So you’ll need to be particularly aware of how you’re communicating.

How to approach Mercury Retrograde

Your closest friendships and even your relationship with your partner may not flow as it normally does. You may find your normal communication styles hitting snags and words becoming twisted or misinterpreted. The best thing you can do here is try to always have conversations in person, or if not possible due to lockdown or distance, over the phone. Texting leaves tone and context to the imagination, something we can’t not afford to leave open during Mercury Retrograde.

When it comes to potential partners and blooming love, be on high alert. Communication is critical during this phase of a relationship. Avoid playing games and being mysterious for the sake of it. These tactics are easily misunderstood. If you’re really interested in someone, the best chance you have is being clear and upfront. Leaving someone on read intentionally is likely to cause problems, not enhance your desirability.

Also, gossip is not advisable here. Gossiping of course is generally never a good idea but you will need to watch your words particularly for the duration of this transit. It is so easy for words to be twisted and you don’t want an innocent but somewhat snappy comment to come around and bite you.

All in all, be considerate, be kind and have patience. And try to remember that astrology energetically will affect you as much as you allow them to. Try to reject the negative energies that confront you. If you invite them in, you’ll find you may spiral out of control. But if you go in with a level head and only accept what serves you, you’ll find you will always have an easier time. Scorpio Season Will Put The Zodiac Signs Through An Entire Range...

The Mercury Retrograde Period Is Not Yet Over – It Is...

Don’t Ignore These 4 Signs Of A Transcendental Enlightenment