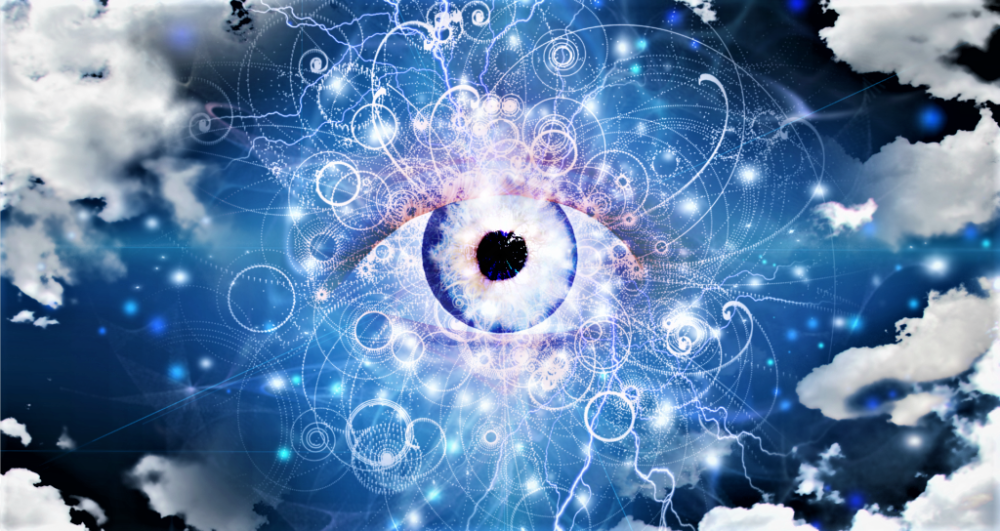 WHAT IS THE THIRD EYE?

The pineal gland is a pea-sized gland shaped like a pine cone, located in the vertebrate brain near the hypothalamus and pituitary gland. Also known as the third eye, it is a revered tool of seers and mystics and considered to be the organ of supreme universal connection. Its significance appears in every ancient culture throughout the world. For example, in Ayurvedic philosophy, the third eye is represented by the Ajna chakra and in Ancient Egypt, the symbol of the Eye of Horus mirrors the placement of the pineal gland in the profile of the human head. The third eye is connected to clarity, concentration, imagination and intuition.

THE THIRD EYE IN BIOLOGY

The pineal gland represents the third eye in biology, which produces melatonin. Melatonin controls circadian rhythms and reproductive hormones. This makes the pineal a master regulator of time, affecting not only our sleep patterns but also our sexual maturation. Melatonin also affects our stress and ability to adapt to a changing world. This third eye activates when exposed to light, and has a number of biological functions in controlling the biorhythms of the body. It works in harmony with the hypothalamus gland which directs the body’s thirst, hunger, sexual desire and the biological clock that determines our aging process.

SIGNIFICANCE OF THE THIRD EYE

Developing the third eye is the doorway to all things psychic—telepathy, clairvoyance, lucid dreaming and astral projection. The illusion of separation between self and spirit dissolves when the third eye connection is cultivated. Metaphysical ways of being are connected to the third eye, such as how to be awake within the dream, to walk between realities and surpass the limitations of humanity.

WHY YOU SHOULD AWAKEN YOUR THIRD EYE

A blocked third eye or ajna chakra is said to lead to confusion, uncertainty, cynicism, jealousy and pessimism. Through an open and vibrant third eye, the highest source of ethereal energy may enter. While the physical eyes perceive the physical world, the third eye sees the true world — a unified whole with an unyielding connection to spirit. A list of the benefits and abilities the third eye brings include clarity, concentration, perspicuity, bliss, intuition, decisiveness and insight. The third eye has been linked to lucid dreaming, astral projection, quality of sleep, enhanced imagination and aura viewing.

HOW DOES CALCIFICATION OCCUR?

The calcification of the pineal gland is common if the third eye is not being used or as a result of diets rich in fluoride and calcium. Calcification is the build up of calcium phosphate crystals in various parts of the body. This process occurs because of toxins in everyday products, like fluoride, hormones and additives, sugars and artificial sweeteners. Radiation from cell phone use and electric and magnetic fields may have negative impacts on the pineal gland as well. Some conspiracy theorists believe mass media campaigns advocating the use of fluoride and calcium are motivated by government control programs.

Through decalcification and activation, reclaim your path to ecstatic bliss and union with source:

Pay close attention to the water in your life: tap water is a source of fluoride, which contributes to pineal gland calcification. Fluoridated toothpaste is another prominent source of fluoride in modern diets, as are inorganic produce and artificial drinks made with impure water. Consider adding water filters to your sink and shower faucets.

Many essential oils stimulate the pineal gland and facilitate states of spiritual awareness, including lavender, sandalwood, frankincense, parsley and pine. Essential oils may be inhaled directly, added to body oil, burned in a diffuser and added to bathwater.

Crystals are influential allies in the quest to awaken the third eye. Use crystals and gemstones in the purple, indigo and violet color palette. This color palette serves to awaken, balance, align and nurture the third eye. Try amethyst, purple sapphire, purple violet tourmaline, rhodonite and sodalite. Place the crystal or gemstone between and slightly above the brow during meditation.

Once you begin working with your third eye, you will begin to receive guidance messages and visions. Strive to have the courage to follow through on what your intuition offers and your third eye strength will only grow.

25 Signs Which Indicate You Need To Let Go Of The...

Soul Resolutions For The Year 2018

Are You Too Busy To Be Mindful? Maybe You Could Give...