Home Consciousness Mercury In The Libra Constellation September 22-October 10: Get Ready For Big... 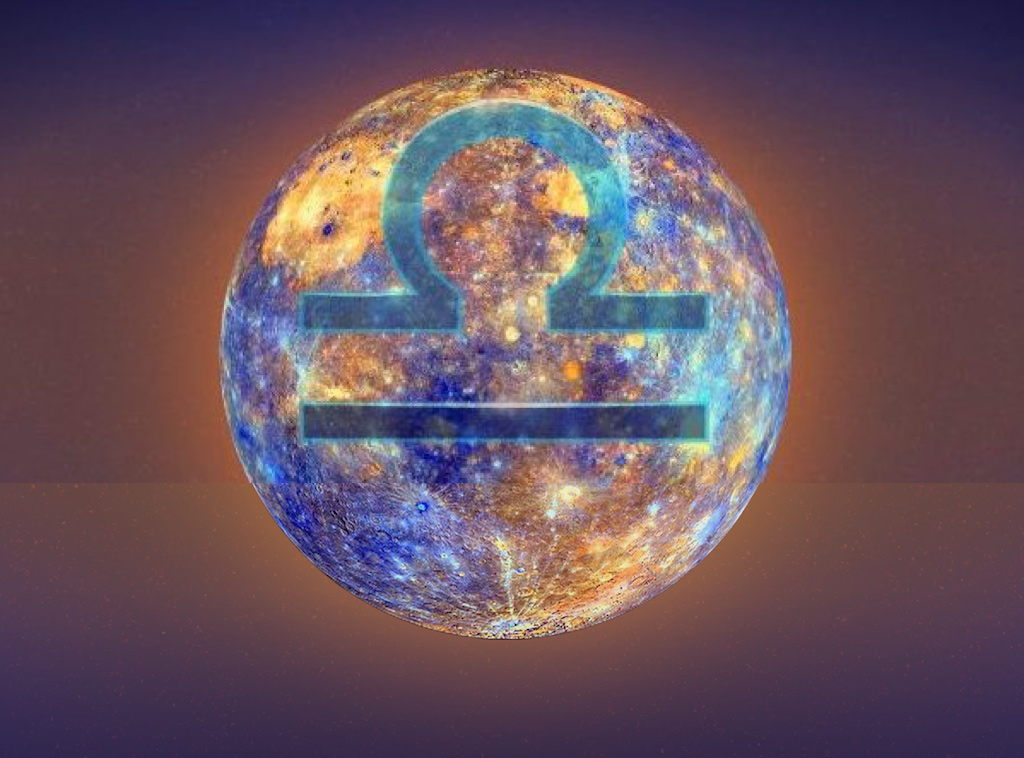 From September 22nd to October 10th, Mercury, the smallest planet in our solar system, and one of the most astrologically significant forces in the sky, will be in the constellation of Libra.

Mercury is the planet of communication, intentions and speech. As a result anything out of the ordinary for Mercury gives rise to a series of issues for us. Especially things like retrogrades, which totally make life difficult because there is constant miscommunication.

However, unlike all other constellations, Libra is all about mediation, justice and expediency. This means that instead of actually aggravating arguments, Mercury in Libra prevents arguments and even solves them, through wishful mediation.

The air element itself is particularly beneficial for all communication given its non-obtrusive nature. And Libra on top of that, is the very embodiment of the middle path, justice and people getting what they deserve. And when people get what they deserve, there is more or less the possibility of lesser conflict.

Following the entry of Mercury into the peacemaker Libra, will affect relationships deeply, as people will start communicating better in romantic bonds, thereby making fights among couples lesser and lesser in frequency.

The resultant harmony will be more and more effective when it comes to healing the wounds of the past, and thereby will pave a smoother road to a better future.

Mercury, named after the messenger of the gods, is one of the planets that makes and breaks bonds, because it deals with things as basic as speech and controls what we say and how we say it. It is often the case that we end up saying things we don’t mean or even worse, we say good things in a way that is unsavoury. This often wrecks bonds and relationships. This is the realm of Mercury: miscommunication. However, under the spell of the justice-loving Libra, Mercury will actually make things easier for you.

Communication will come easier and not in just romantic relationships. It will also come easier in familial bonds. One can more or less expect reunions among estranged family members and friends.

One more thing that will be influential at this time of the year, given the errands Mercury is running, is the field of diplomacy and business. When we get help regarding what to say and how to say it, it is only obvious that business relationships will improve. The larger implications of this astrological phenomenon is that one might find improving political diplomacy among rival nations and states.

Now, to cut to the chase, what must one do?

One must stop sugar-coating things and making things dumb enough to be misunderstood.

Libra is all about the truth and all about honesty. Honest intentions will shine through thanks to the help from Mercury. The message has to be loud, clear and simple, and free of all embellishments. Only then will they shine through when the messenger planet tries and drives them home.

When this phase is happening, what can be expected is that people including you will make time for each other to try and listen to the other person talking to them. This will work in both their favours.

With better communication, come better relationships; relationships that are functional and productive. And this in turn creates a chain-reaction of events that lead to prosperity, because people who listen to each other, and try and understand each other’s plights, more often than not help each other out.

And mutual help and mutual sharing of benefits can never be a bad thing for a world that is trying to lose its divisions.

10 Steps How To Counter Manipulate A Sociopath Intelligently

Which 4 Zodiac Signs Will Be Most Affected By The Libra...