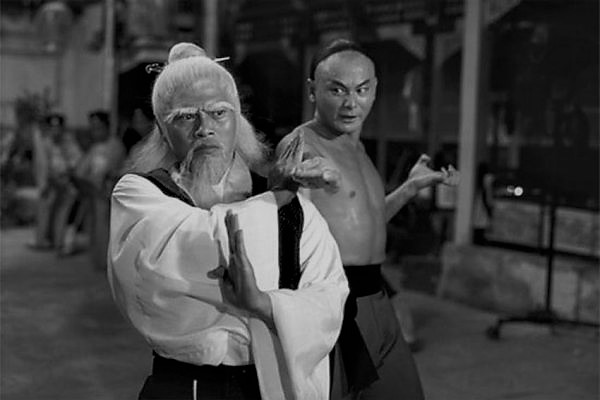 In ancient Japan, there lived a master who was well known for his wisdom and physical abilities. Though he had grown quite old, he was still able to defeat any challenger, and students traveled from all corners of the country to study under him and learn his ways.

Early one spring, whispers arose of a young warrior who was on his way to challenge the old man. The youthful fighter’s record was immaculate, finding him undefeated after nearly a decade of dueling. Word had it he was out to be the first to bring the master to his knees.

As the days and weeks passed, rumors grew about the boy’s fighting style. Along with strength, speed and uncanny technique, he apparently possessed an ability to spot and exploit his opponents’ vulnerabilities within the first few moments of the match, calling them out and spurring them irresistibly into battle. He would then end them with the first blow. Very few fighters, it was said, had made it beyond that point with him– the initial strike was almost always final.

Much against the advice of his concerned students, the old master accepted the warrior’s challenge.

As the two squared off for battle, the young man began to hurl insults at his aged opponent. He circled him, kicking dirt onto his robes and spitting in his face. For the better part of an hour, he verbally assaulted the old man with every curse and insult he could muster.

The master was unperturbed. Though his students could barely contain themselves, he remained calm, spittle dripping from his chin, his eyes fixed on the horizon beyond.

The young fighter continued to stalk and jeer, his rage at the old man’s stoicism growing steadily. Finally he could contain himself no longer. Betraying his trademark method, he struck out at his aged opponent, screaming with fury as he did so.

The old master was a step ahead, avoiding the blow with a barely perceptible shift in his body and sending the young fighter stumbling away from him, nearly falling. Recovering, the boy swore loudly and took another run at the old man.

The result was the same. The master diverted the student’s wrath with barely any effort, somehow accentuating the boy’s motion as he did so, sending him face-first into the dirt.

As the young man got to his knees, the old fighter readied himself for another attack. The boy charged, and was denied success yet again, sent flailing into the master’s students, who quickly pushed him back into the pit.

Nearly another hour passed in this manner, serving only to increase the rage and exhaustion of the boy, who did much more pacing, cursing and spitting as the minutes wore on.

Finally, the match ended with the contender collapsing in a heap on the ground, sweating and swearing under his breath. The master stepped back, bowed, and began heading into the temple. As he did, his students swarmed around him, questioning. Many of them had never seen their teacher in a fight before, and of those who had, it was their first time witnessing such a strange demonstration of non-retaliation. A number of them had become enraged themselves during the fight, watching their beloved mentor endure such insults and indignities, and they demanded now to know why he taken it, without issuing even one blow.

Crossing the threshold back into the shrine, the elderly warrior turned and hushed their chattering with out-raised arms. “There was no honor in his challenge,” he said. “He did not bring me the gift of a true trial.”

The pupils stared back, questioning.

Seeing they didn’t understand, the old master said: “If someone gives you a gift and you do not receive it, to whom does it belong?”

Twin Flame Frequency: The Secret To A Lasting Union